Horacio Castellanos Moya (El Salvador) is the author of ten novels, five short story collections, and a book of essays. For two decades, he worked as a journalist in Mexico, Guatemala and Venezuela. He was a writer-in-residence at Frankfurt International Book Fair (2004-2006) and at City of Asylum (2006-2011). Currently on the faculty at the University of Iowa, he also taught in the Writing Program at the University of Pittsburgh. In 2009, he was guest researcher at the University of Tokyo with a fellowship granted by the Japan Foundation. His novels have been translated into French, German, Italian, Portuguese, Japanese, Swedish, and English. Four novels are now available in English: Senselessness, She-Devil in the Mirror, Dance with Snakes, Tyrant Memory, and The Dream of My Return 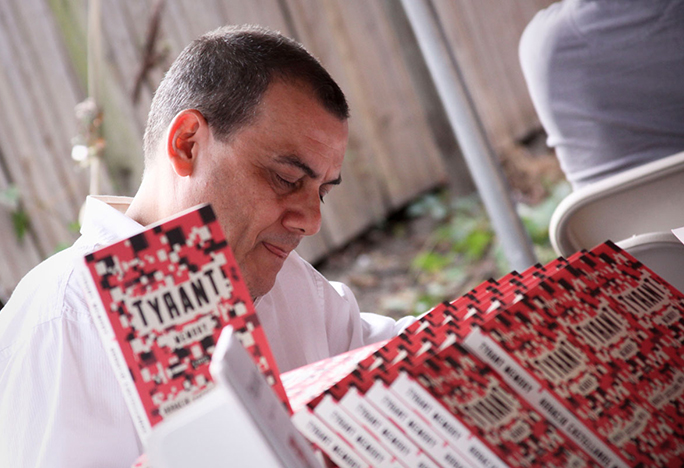