Mr. Huang’s work had been totally repressed and banned in China. This very public “house publication” was created by him as a way to celebrate his arrival in Pittsburgh and his freedom to publish without persecution. The calligraphy on the façade was created by Mr. Huang in the expressionistic “grass style” that is his trademark. It includes selections from his poems.

House Poem was dedicated on November 21, 2004, with a public reading of the house by Huang Xiang. The day was declared “Huang Xiang Day” by the Mayor and Council of the City of Pittsburgh. The response to House Poem inspired City of Asylum/Pittsburgh to create the public library of text-based artworks on Sampsonia Way. 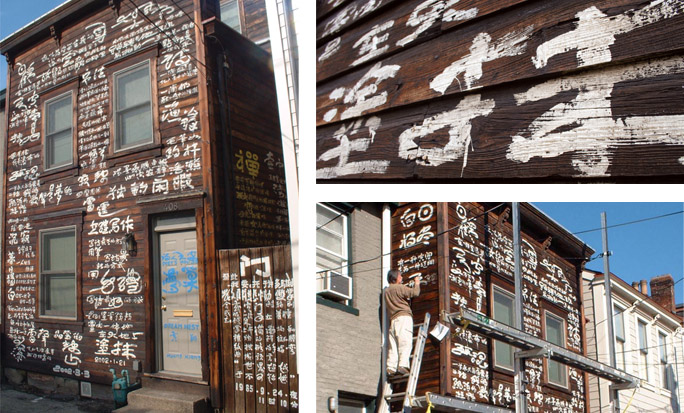