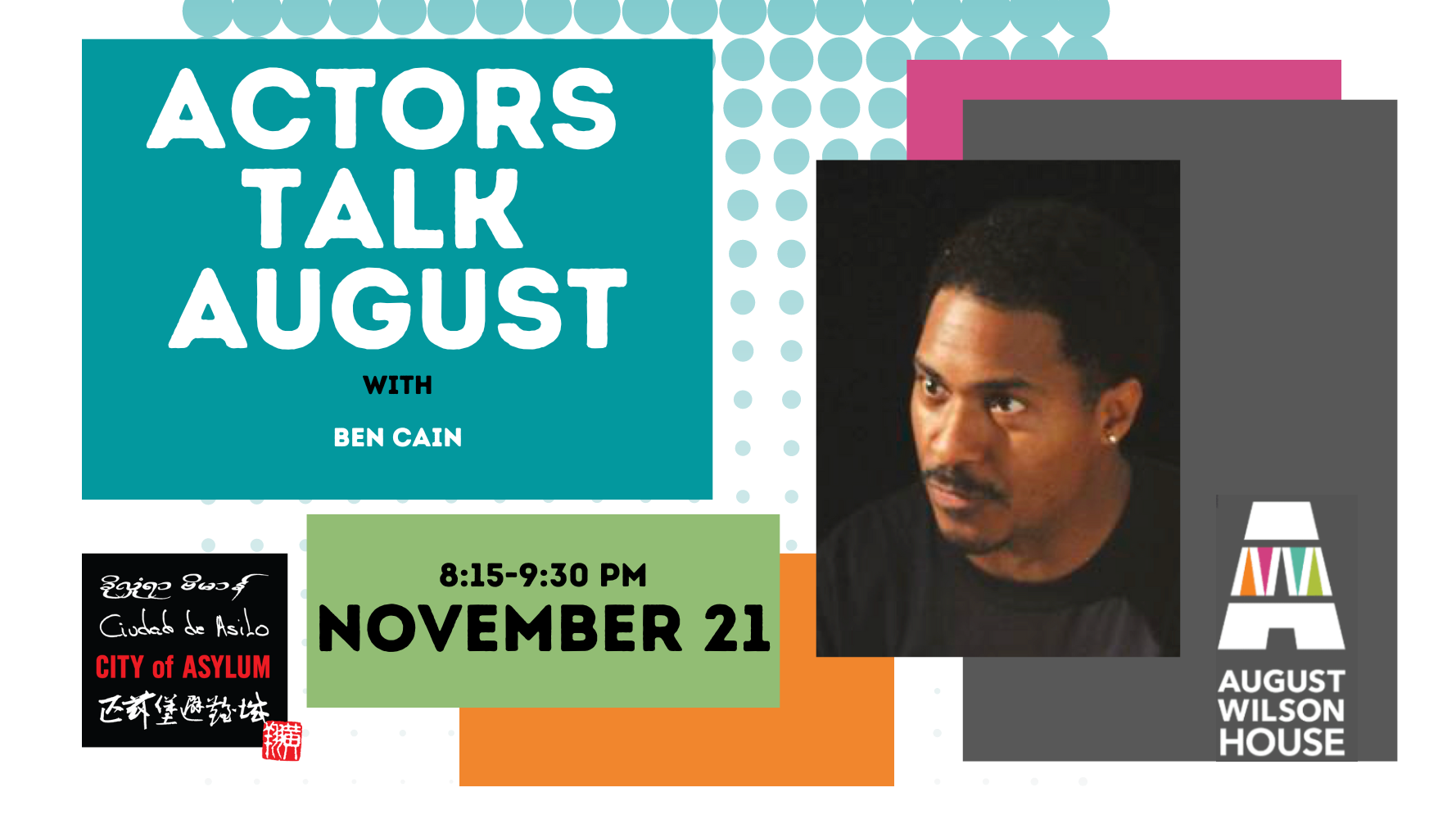 August Wilson House celebrates America’s greatest playwright with substantial insider interviews with leading August Wilson actors, directors, and artists—regional and national. Hosted and moderated by Chris Rawson, a veteran Pittsburgh Post-Gazette theater critic who chronicled Wilson’s career and became a friend. The goal is to capture the memories, anecdotes, and insights of those who know Wilson’s epic American Century Cycle from the inside.

Ben Cain is best known in Pittsburgh for two potent August Wilson Roles: Herald Loomis (Joe Turner’s Come and Gone) and King Hedley (King Hedley II), both for Pittsburgh Playwrights Theatre. But he has other August Wilson experiences as well and has plenty to say.

August Wilson House (AWH) is Wilson’s Hill District childhood home at 1727 Bedford Ave. Restored as an arts center, it promotes his artistic and cultural legacy while nurturing the artists of the future. AWH sponsors a wide range of programs including the annual Hill District Block Party/Community Festival, backyard productions in collaboration with Pittsburgh Playwrights Theater, Writing Workshops starting in late 2022, AWH Fellowships in collaboration with Duquesne University and the University of Pittsburgh, August in the Schools, several oral history projects, monthly Reading Roundtables, and other programs centering on community engagement.