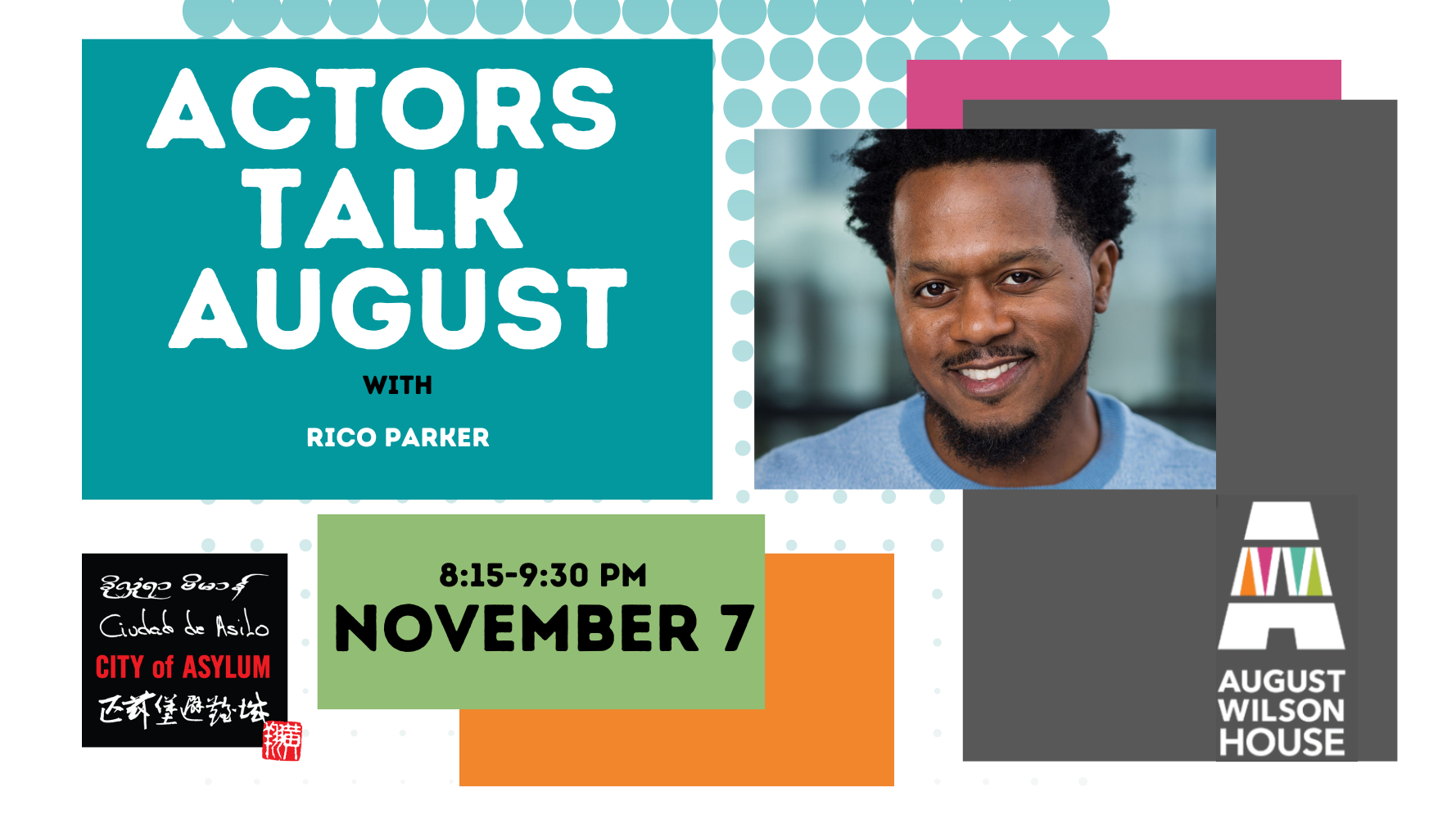 Rico Parker has strong spiritual ties to the work of August Wilson. He has acted in only three of the plays, but in “King Hedley II,” he played one of the most difficult, complex lead roles in unusually difficult circumstances. Hear his thoughtful responses to the personal connections that make such work possible.

August Wilson House (AWH) is Wilson’s Hill District childhood home at 1727 Bedford Ave. Restored as an arts center, it promotes his artistic and cultural legacy while nurturing the artists of the future. AWH sponsors a wide range of programs including the annual Hill District Block Party/Community Festival, backyard productions in collaboration with Pittsburgh Playwrights Theater, Writing Workshops starting in late 2022, AWH Fellowships in collaboration with Duquesne University and the University of Pittsburgh, August in the Schools, several oral history projects, monthly Reading Roundtables and other programs centering on community engagement.