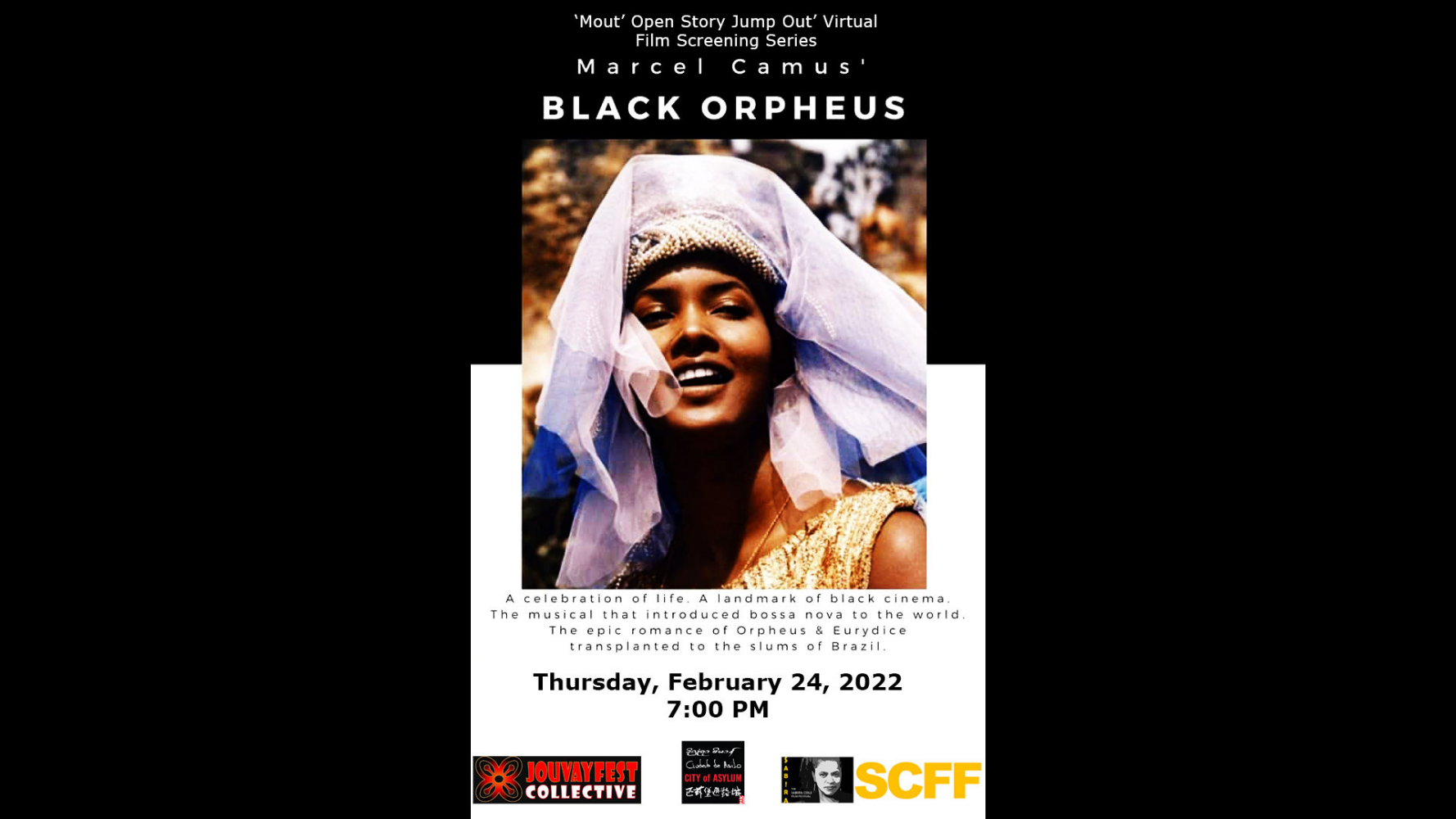 This is a virtual only event streamed via City of Asylum @ Home.

Winner of the Academy Award for best foreign-language film, Marcel Camus’ Black Orpheus (1959) brings the ancient Greek myth of Orpheus and Eurydice to the twentieth-century madness of Carnival in Rio de Janeiro.

With its eye-popping photography and a ravishing soundtrack, Black Orpheus was an international cultural event, and it kicked off the bossa nova craze that set America spinning.

Presented by Pittsburgh’s Sabira Cole Film Festival and Brooklyn’s JouvayFest Collective as part of the Mout’ Open Story Jump Out Festival—a Carnival-themed event to celebrate the traditions of J’ouvert/Carnival even during Covid-19 restrictions.