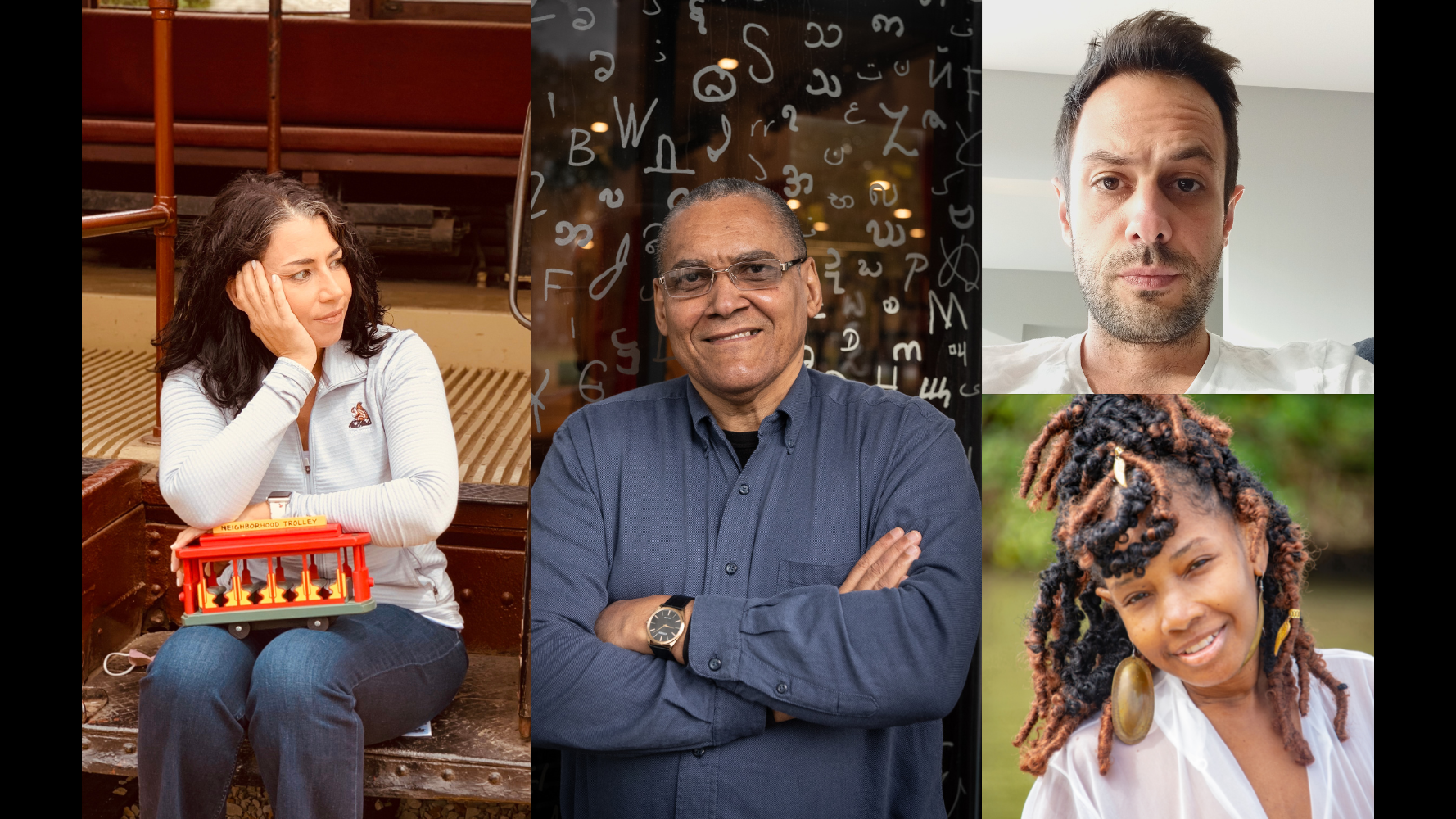 Yvonne McBride is a literary artist, freelance writer, and Pittsburgh native. Her work explores the identity, folklore, and collective memories of African American communities in her hometown and those of the diaspora, and her work has recently appeared in Essence, The Fire Inside II: Collected Stories & Poems from Zora’s Den, and The Future of Black: Afrofuturism, Black Comics, & Superhero Poetry. A recipient of The Pittsburgh Foundation’s Inaugural Exposure Artists Program, McBride has also received fellowships and support from MacDowell, The Martha’s Vineyard Institute of Creative Writing, Voices of Our Nations Arts Foundation, and the Advancing Black Arts in Pittsburgh Fund.

Virginia Montanez is a longtime humor writer who once spent the day as one of the most-Googled names in the country—she appeared as the lead story on CNN’s homepage when she was fired from her nonprofit Pittsburgh job after revealing her identity as the writer of the popular humor site The Burgh Blog. Montanez went on to publish a successful follow-up blog about Pittsburgh and then became the humor columnist for Pittsburgh Magazine before leaving to focus on writing novels. Her debut novel, Nothing. Everything., is slated to be published in spring 2023. She is the volunteer founder of Make Room for Kids at Mario Lemieux Foundation, a program that has placed hundreds of XBOXes in nearly every in-patient room at Children’s Hospital of Pittsburgh. She serves as the vice chairperson of the Board of Directors of Write Pittsburgh, contributes to the Post-Gazette Forum pages, and has a quarterly history-focused column in Pittsburgh Magazine. Her awards include the Blog of the Year from the City and Regional Magazine Association for her work with Pittsburgh Magazine as well as multiple Golden Quill nominations and wins. Mayor Bill Peduto named May 30, 2014 as Virginia Montanez Day in the City of Pittsburgh. You can find her on Twitter and Instagram @janepitt. She is a graduate student in history (remote) at UMass-Boston, a single mother of two teenagers, and has been profoundly hearing impaired since birth.

Jorge Olivera Castillo is a Cuban poet, writer, television editor, journalist, and songwriter. He is a well-known dissident, and his work has been banned in Cuba. Olivera Castillo has published six books of poetry and two short story collections. His works have been translated into several languages, including Czech, English, Italian, and Polish. Jorge recently finished two books: a book of poetry and his third collection of short stories, based on his experiences as a soldier in the African jungle during the Angolan Civil War. Jorge is a writer-in-residence at City of Asylum and a Research Scholar at the Global Studies Center at the University of Pittsburgh. He is married to Nancy Alfaya Hernandez, a Cuban human rights and women’s rights activist.