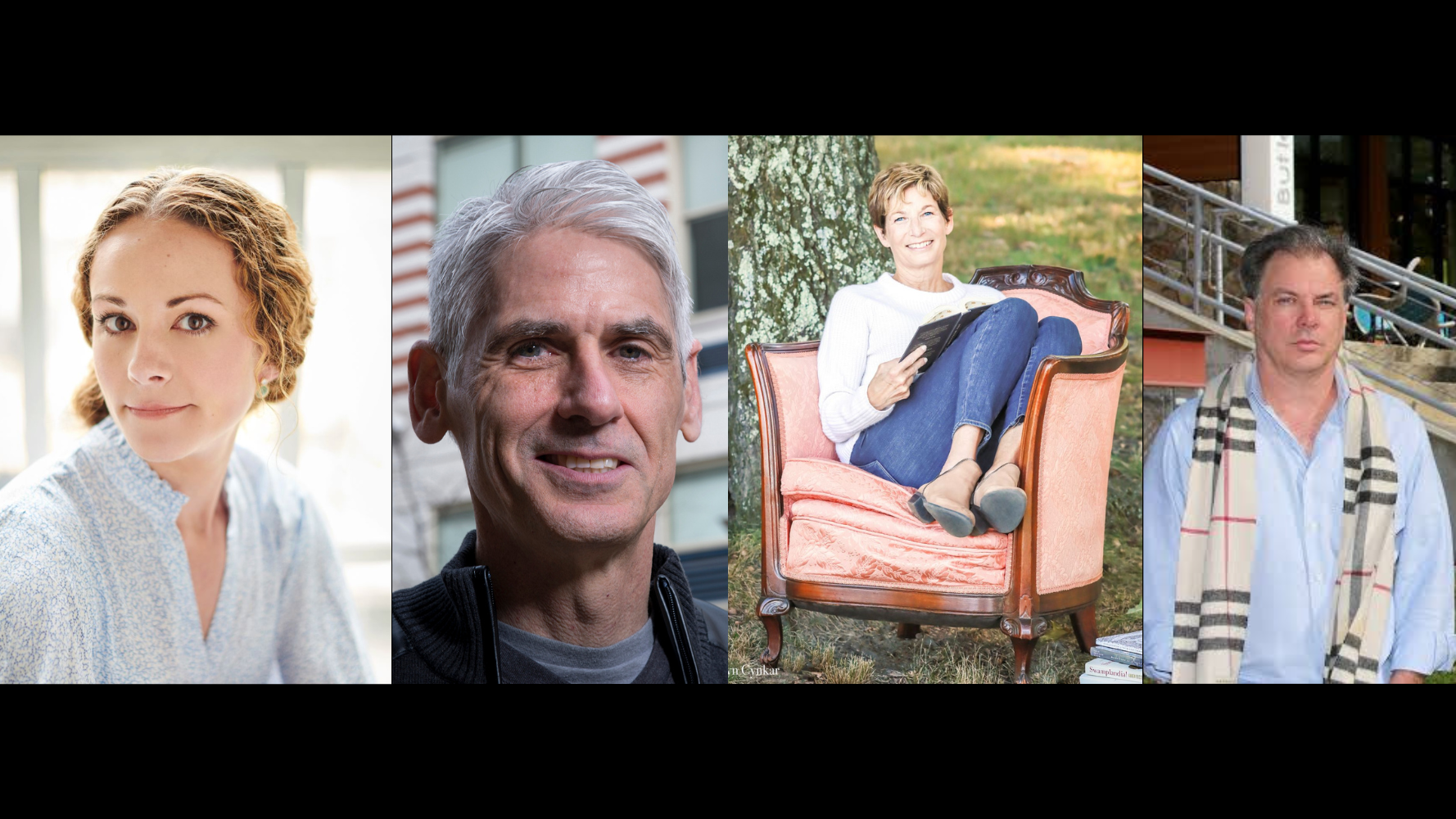 Clare Beams (she/her) lives in Pittsburgh with her husband and two daughters and teaches in the Randolph MFA program. Her novel The Illness Lesson (Doubleday, 2020) was longlisted for the Center for Fiction First Novel Prize, named a New York Times Editors’ Choice, and recognized as a best book of 2020 by Esquire and Bustle. Her story collection, We Show What We Have Learned (Lookout Books, 2016), won the Bard Fiction Prize, was longlisted for the Story Prize, and was a Kirkus Best Debut of 2016, as well as a finalist for the PEN/Robert W. Bingham Prize, the New York Public Library’s Young Lions Fiction Award, and the Shirley Jackson Award. A new novel, The Garden, will be published by Doubleday in 2024. Her fiction appears in One Story, Ecotone, Conjunctions, The Best American Nonrequired Reading, and elsewhere, and has twice been recognized as a Distinguished Story in Best American Short Stories.

Jim Daniels (he/him) is a Detroit native who currently lives in Pittsburgh and teaches in the Alma College low-residency MFA program. His latest publications include the poetry collection Gun/Shy (Wayne State University Press) and the chapbook The Human Engine at Dawn (Wolfson Press). His next fiction collection, The Luck of the Fall (Michigan State University Press), will be published later this year, and his next chapbook, Comment Card, in early 2024.

Lisa Slage Robinson writes to explore invisible landscapes and magical feminism. Named a finalist for Midwest Review’s Great Midwest Fiction Contest, her stories and reviews can be found in Atticus Review, Smokelong Quarterly, The Adroit Journal, PRISM International, Storm Cellar, Lit Pub, Necessary Fiction, Meat for Tea and elsewhere. Lisa serves as a board member for Autumn House Press and a reader for WTAW Press. She received her MFA in Creative Writing from Chatham University and her JD from Case Western Reserve University. As a former corporate attorney and litigator, she practiced law in Pennsylvania, Ohio, and the province of Ontario in Canada.

Damian Dressick is the author of the novel 40 Patchtown (Bottom Dog Press) and the flash collection Fables of the Deconstruction (CLASH Books). His writing has appeared in more than fifty literary journals and anthologies, including W.W. Norton’s New Micro, Electric Literature, Post Road, New Orleans Review, Cleaver, CutBank, Smokelong Quarterly, and New World Writing. A Blue Mountain Residency Fellow, Dressick is the winner of the Harriette Arnow Award and the Jesse Stuart Prize. He co-hosts WANA: LIVE!, a largely virtual reading series that brings some of the best Appalachian writers to the world. Damian also serves as editor-in-chief for the journal Appalachian Lit.

The in-house restaurant 40 North will be closed.