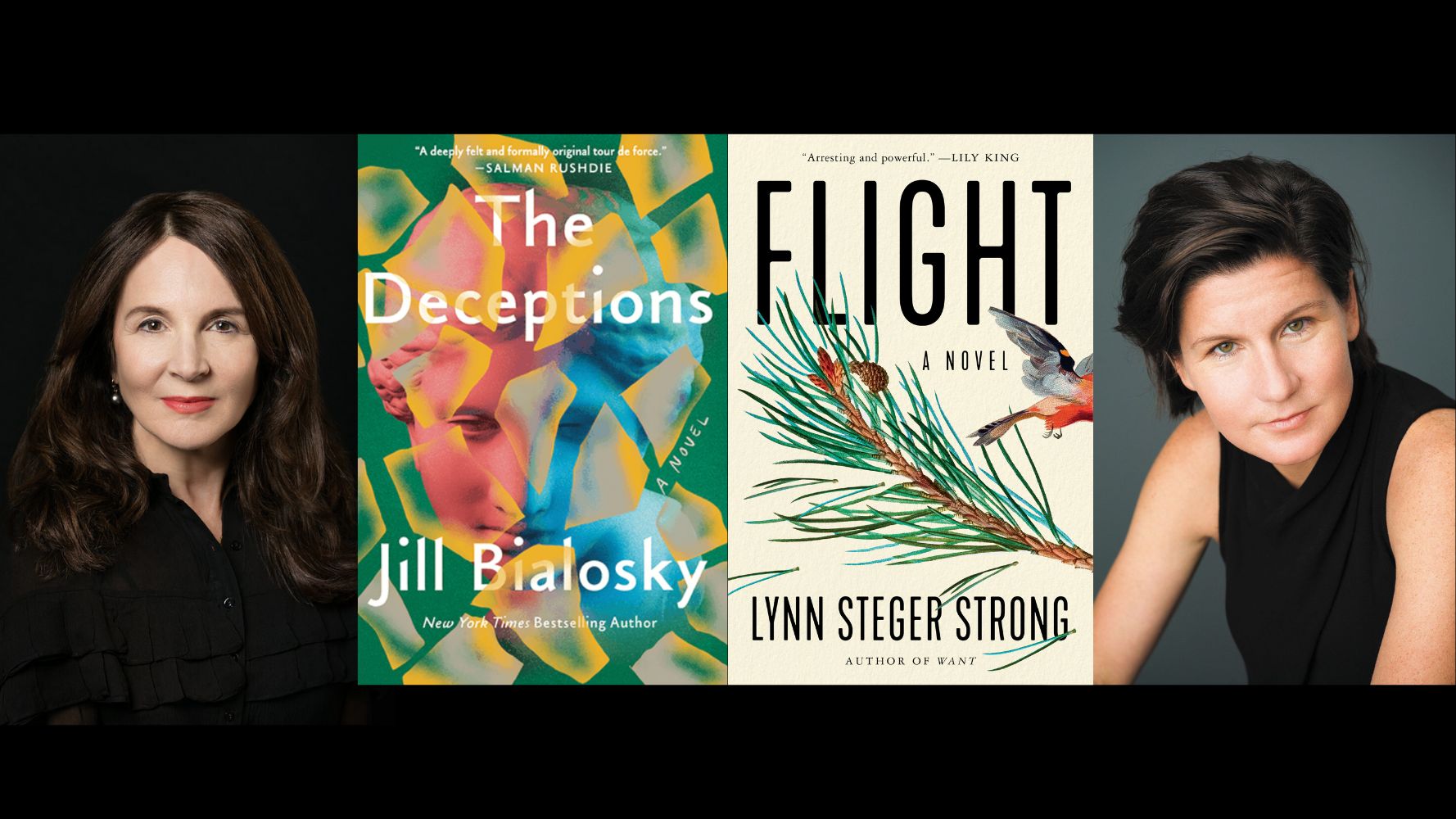 What would life be without pondering ambition, art, family, and desire? Novelists Jill Bialosky and Lynn Steger Strong explore these themes and more in their latest respective novels, The Deceptions and Flight.

In The Deceptions, an unnamed narrator’s life is unraveling: her only child has left home, her twenty-year marriage is strained, and anticipation about her soon-to-be released book of poetry looms. As she passes her days teaching at a boys’ prep school, she seeks answers to the paradoxes of love, desire, and parenthood among the Greek and Roman gods at the Metropolitan Museum of Art. Will she be able to free herself from the patriarchal constraints of the past? Will she embrace a new vision for her future?

The siblings at the center of Lynn’s forthcoming novel, Flight, are also in a period of upheaval: It’s their first Christmas without their mother. Over three days, tensions rise as the siblings, their spouses, and their children attempt to perform familiar rituals, and the whole group is forced to come together unexpectedly when a local mother and daughter need help. With urgency and artfulness, Flight brings to light the structural and systemic failings that are haunting Americans—and also the ways in which family, friends, and strangers can support each other through the gaps.

Grab your own copy of these novels at City of Asylum Bookstore.

Jill Bialosky is the author of five collections of poetry, four novels, and two memoirs. Her poems and essays have appeared in The New Yorker, The Atlantic Monthly, Paris Review, Best American Poetry, and more. She is an executive editor and vice president at W. W. Norton & Company.

Lynn Steger Strong is the author of the novels Want and Hold Still. Her nonfiction has appeared in The New York Times, The Paris Review, Harper’s Bazaar, The Cut, and more. She teaches writing at Catapult and Columbia University.