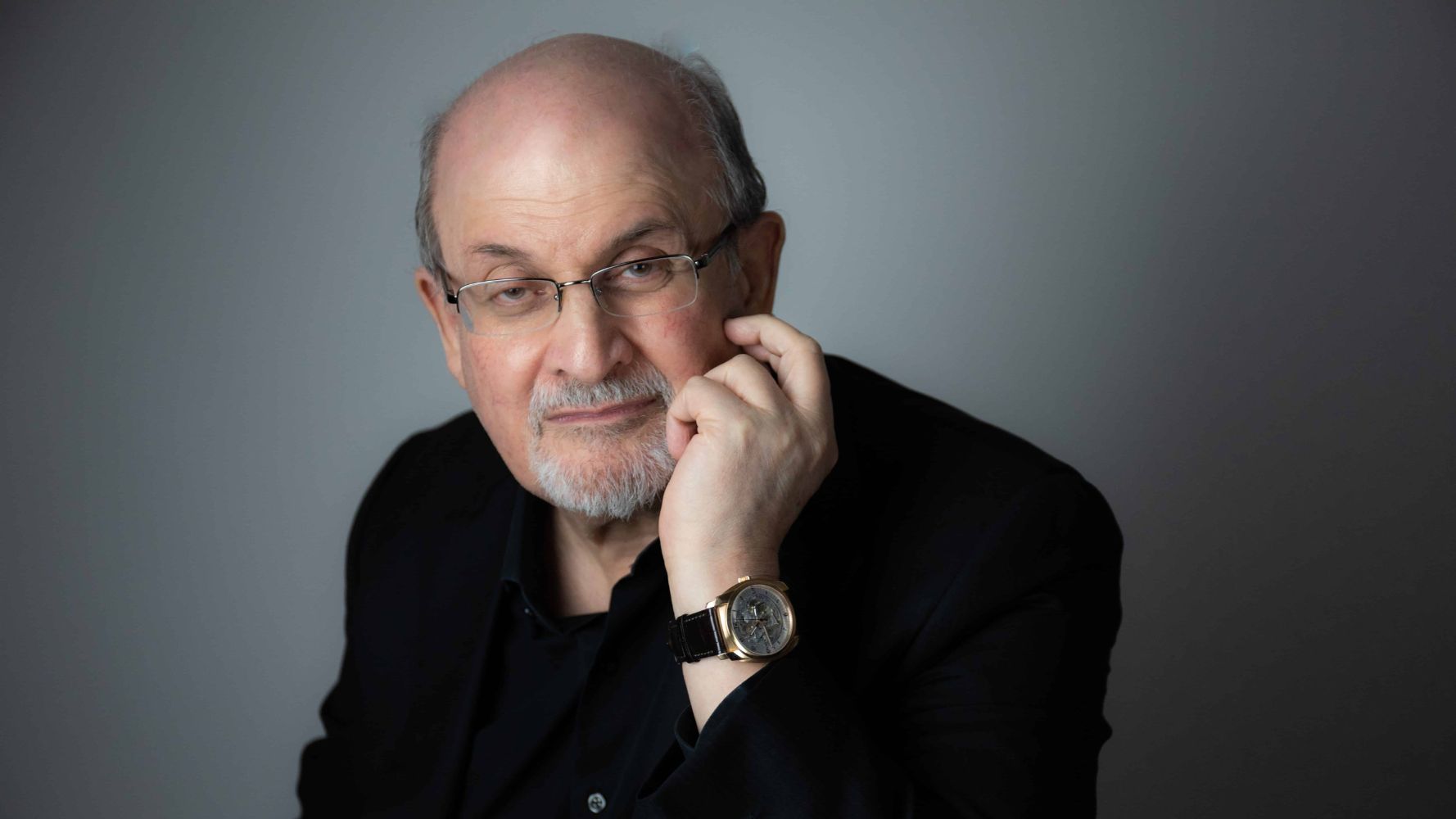 Salman Rushdie has been a relentless champion for free expression, using his voice to support imperiled writers for decades, and advocating tirelessly for the right of writers to create without fear of reprisal.

The bold and brutal attack on Salman Rushdie is an attack against the core values of freedom and ways of resolving differences through civil discourse, with art, literature, and journalism.

Salman Rushdie has also had profound influence on writers around the globe, and to generations of readers.

Join City of Asylum and fiction writers Amitava Kumar, Kiran Desai, and Suketu Mehta to reflect on Salman’s legacy from his imaginative use of language and joyousness in his fiction, to his belief that writing allows us to cross borders and learn from one another, to his commitment to promoting literature that allows our society to safely grapple with social injustices.

This program is a celebration of Salman Rushdie, the legacy of his literary work and advocacy, and a commitment to the power and necessity of the written word.

Amitava Kumar is a writer and journalist. He was born in Ara, and grew up in the nearby town of Patna, famous for its corruption, crushing poverty and delicious mangoes. Kumar is the author of several books of non-fiction and three novels. His novel Immigrant, Montana was named a notable book of the year by The New York Times, a book of the year by The New Yorker, and listed by President Barack Obama as one of his favorite books of 2018. In 2016, Kumar was awarded a Guggenheim Fellowship as well as a Ford Fellowship in Literature. He has also been awarded writing residences by Yaddo, MacDowell Colony, the Rockefeller Foundation at Bellagio, the Norman Mailer Writing Center, Writers Omi at Ledig House, and the Lannan Foundation.  Kumar lives in Poughkeepsie, in upstate New York, where he is the Helen D. Lockwood Professor of English at Vassar College.

Kiran Desai is an Indian-born American author whose second novel, The Inheritance of Loss (2006) won the 2006 Booker Prize and the National Book Critics Circle Fiction Award. The novel explores the impact of British colonization in India.  Desai was born in New Delhi, India, and lived there until she was 10. She left India at 14, when she and her mother, the noted author Anita Desai, moved to England for a year before relocating to the United States. Desai studied creative writing at Bennington College, Hollins University, and Columbia University and currently resides in New York City.

Suketu Mehta is the New York-based author of Maximum City: Bombay Lost and Found, which was a finalist for the 2005 Pulitzer Prize, the Lettre Ulysses Prize, the BBC4 Samuel Johnson Prize, and the Guardian First Book Award. He has won the Whiting Writers’ Award, the O. Henry Prize, and a New York Foundation for the Arts Fellowship for his fiction. Mehta’s work has been published in The New Yorker, The New York Times Magazine, National Geographic, Granta, Harper’s Magazine, Time, and Newsweek, and has been featured on NPR’s ‘Fresh Air’ and ‘All Things Considered.’ Mehta was born in Calcutta and raised in Bombay and New York. Mehta is an Associate Professor of Journalism at New York University.