Music in the Face of Malice with the Clarion Quartet 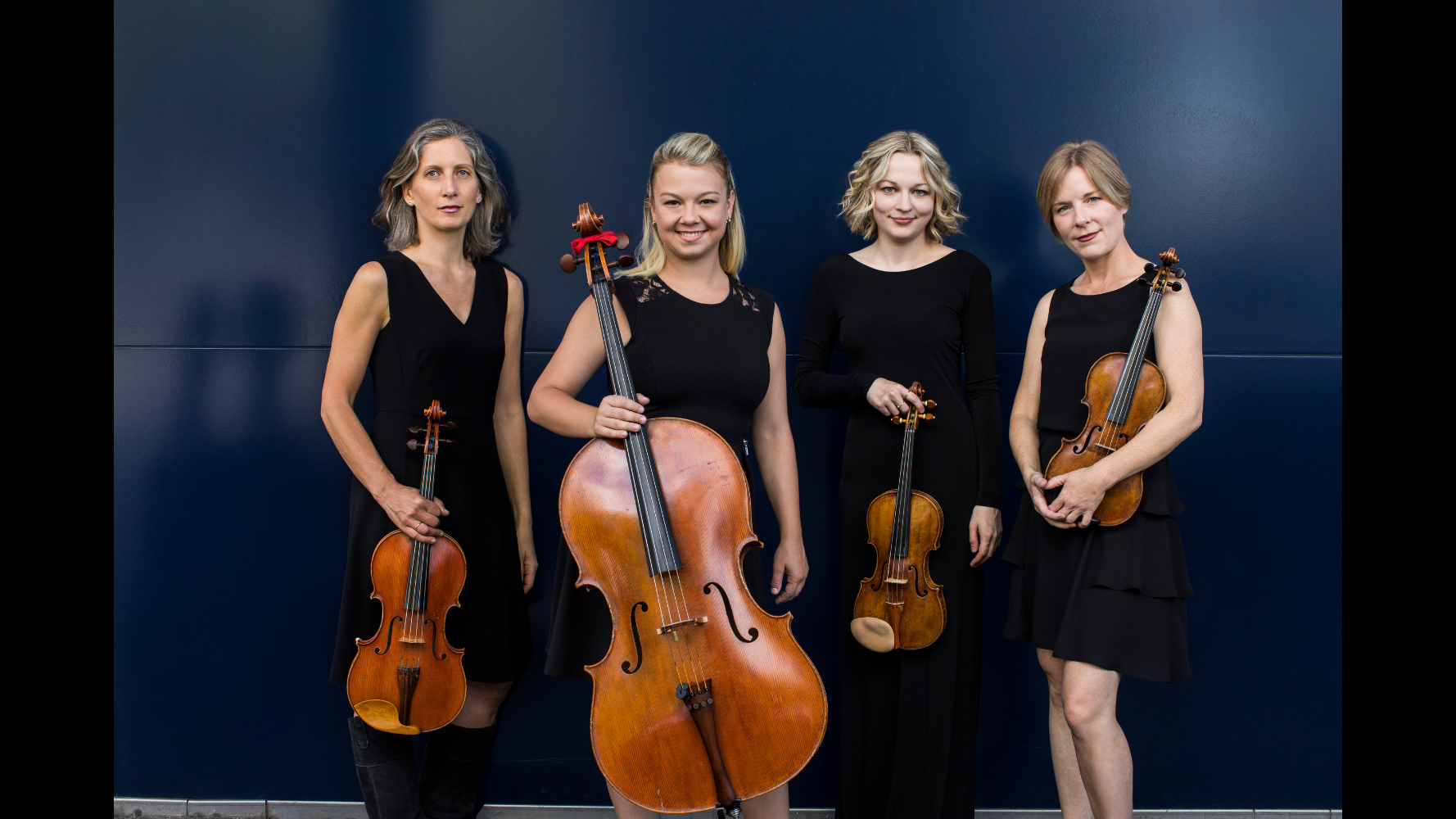 The careers and lives of these four musicians were irrevocably altered during World War II when the Nazi regime deported them to Terezín concentration camp. There, for the sake of putting on a front for the rest of the world (see: the Nazi propaganda film Theresienstadt), these musicians were “encouraged” to write and perform. They did so with incredible results while facing imminent death.

The Clarion Quartet honors these four musicians from Terezín with a poignant evening of music. Selections include Haas’s String Quartet No. 2 (with percussionist Thomas Wendt), Klein’s String Trio, and Ullman’s Piano Sonata No. 1 (with pianist Dmitri Papadimitriou).

Marta Krechkovsky (violin), Jennifer Orchard (violin), Tatjana Mead Chamis (viola), and Bronwyn Banerdt (cello)—all members of the Pittsburgh Symphony Orchestra—joined forces in 2015, creating the Clarion Quartet to share their passion for chamber music and to explore Entartete Musik, works that were decried as “degenerate” and banned by the Nazi regime. Through a yearning to bring justice to creative voices that have been silenced, the group is dedicated to providing renewal, hope, and healing through its music.

Dimitri Papadimitriou (piano) has distinguished himself as an artist of refined musicianship and remarkable verve. At age16, Dimitri won first prize at Classical Heritage of Moscow, an international chamber music competition. A native of Greece himself, he has performed with the Greek Radio Symphony Orchestra and Athens State Orchestra. After further studies at the Royal Irish Academy of Music and Indiana University, Dimitri is currently on faculty at CMU where he coaches chamber music, lectures a class on Beethoven, serves as the administrator for the school’s opera productions, and teaches piano.

Thomas Wendt (percussion) has been playing the drums professionally since the age of 14. A graduate of the Pittsburgh High School for the Creative and Performing Arts, he has studied with master drummers Roger Humphries, Joe Harris, and Kenny Washington. In addition to being on faculty at Duquesne University and the Afro-American Music Institute in Homewood, Thomas maintains a busy freelancing schedule with Pittsburgh’s top jazz artists—Dwayne Dolphin, Joe Negri, and Sean Jones, to name a few. He also curates the monthly “Off Minor Jazz” concert here at City of Asylum.