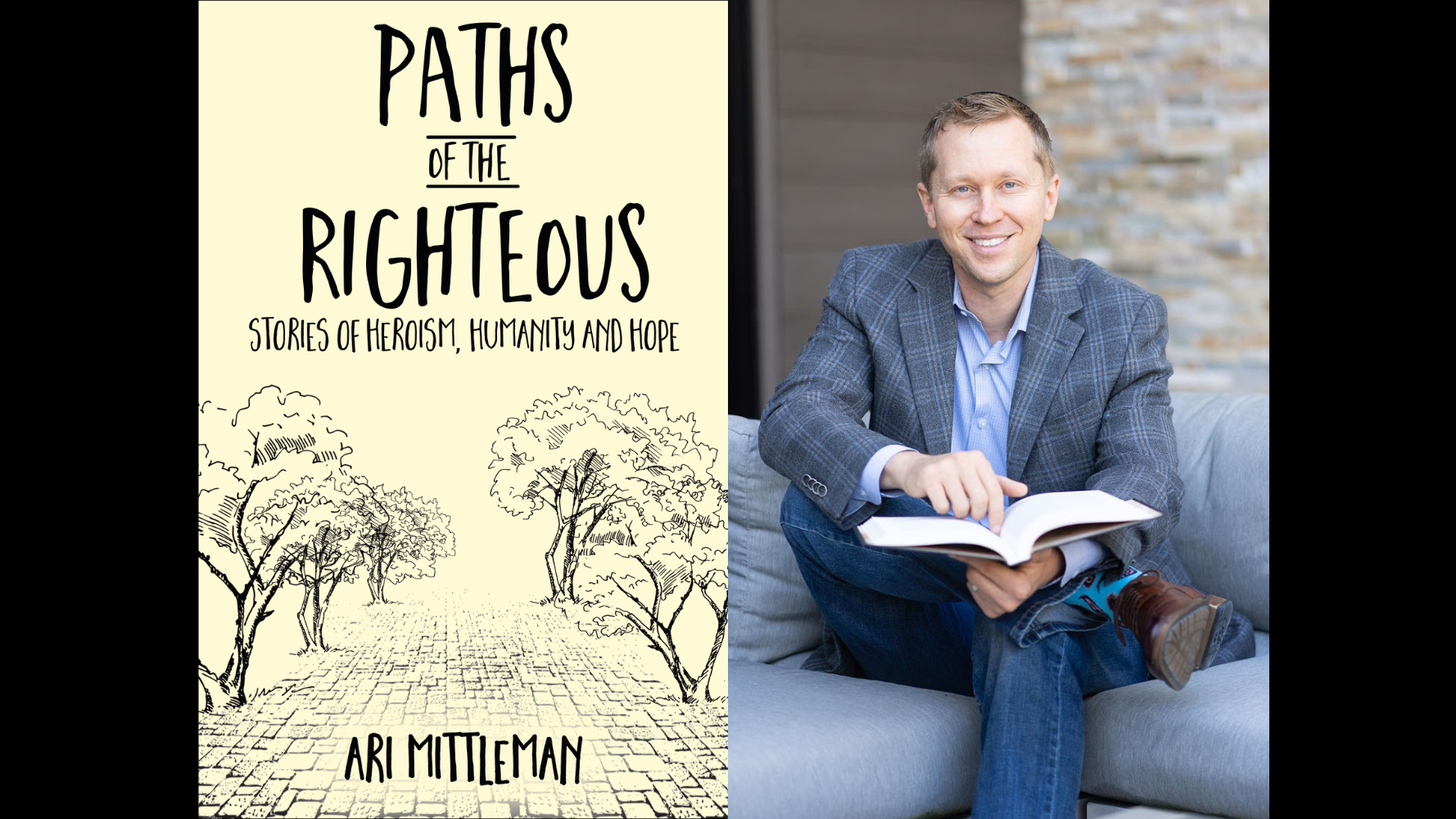 A native Pennsylvanian actively involved in the Jewish community, Ari Mittleman was deeply affected by the Tree of Life tragedy in Pittsburgh, which led to the writing of Paths of the Righteous: Stories of Heroism, Humanity, and Hope. In Paths of the Righteous, Ari profiles eight diverse individuals who have gone above and beyond for the Jewish people during a difficult and turbulent period of recent years.

As we mark International Holocaust Remembrance Day only a few days after this program, the stories of those shared in Ari’s book can inspire us all.

This program features a reading by Ari, a conversation moderated by Dan Gilman, an audience Q&A, and a book signing. You can purchase your own copy of Ari’s book, Paths of the Righteous: Stories of Heroism, Humanity, and Hope, at City of Asylum Bookstore.

Ari Mittleman works at the nexus of politics, policymaking, and the press in Washington, DC. Since Jewish Day School in Allentown, Pennsylvania, Ari has been an active member of the Jewish community. He believes that in an age of rampant antisemitism and disinformation, the court of public opinion is the new battlefield for the Jewish community. His columns regularly appear in the Jerusalem Post, Times of Israel, among others, and he was honored by The Algemeiner—a 50-year-old staple of Jewish journalism—as one of the top 100 individuals who have positively influenced Jewish life over the past year. A native Pennsylvanian, Ari lives in Pikesville, Maryland with his wife and daughter.

Dan Gilman currently serves as Chief of Staff and Senior Advisor to Duquesne University President Ken Gormley. Prior to his appointment at Duquesne, Dan served as Chief of Staff to Pittsburgh Mayor William Peduto. In that role, he was responsible for the day-to-day operations of the City, including management of the City’s 3,400 person workforce, the City’s legislative agenda, strategic communications, and community engagement strategy. In recognition of his work, Dan was selected to join NewDEAL, a national network committed to highlighting pragmatic progressives with innovative ideas, and he was named as one of Pittsburgh’s “40 Under 40” by Pittsburgh Magazine. An alumnus of Shady Side Academy, Dan graduated with honors from Carnegie Mellon University with a degree in Ethics, History, and Public Policy.