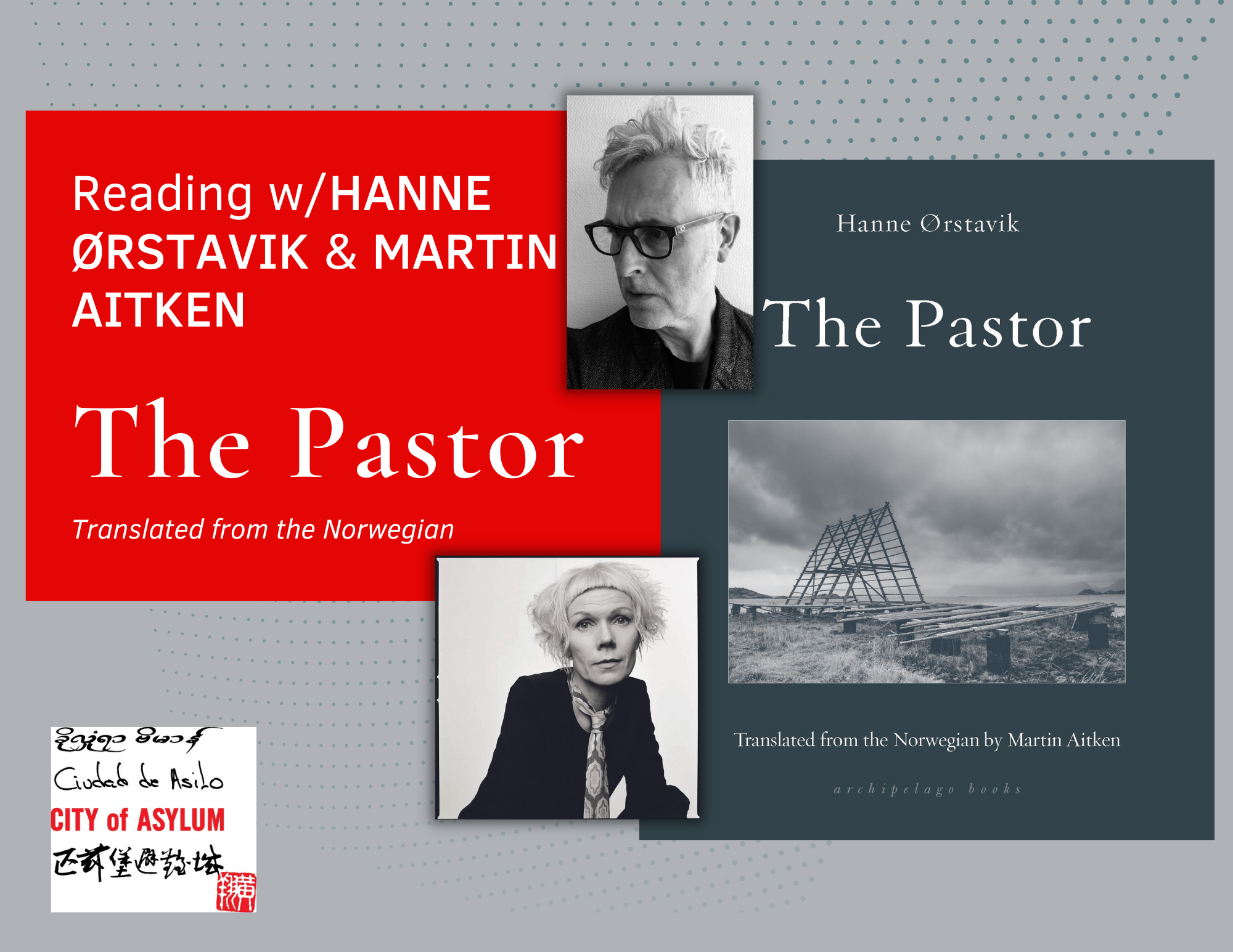 Hanne Ørstavik is best known to the English-speaking audience for her novel Love, a 2019 finalist for the National Book Award in Translated Literature and winner of the PEN Translation Prize.

Hanne joins us virtually from her home in Norway to discuss her most recent English translated novel The Pastor.

The novel follows Liv, the 35-year old parish priest of a small town in Norway’s far north region. As Liv searches for meaning and identity in her own life, she must find the words to connect, comfort and lead others—and the reader joins Liv’s journey to understand how language can be a source of healing and inspiration.

Hanne is joined in conversation with translator Martin Aitken, whose translation of this extraordinary novel rings with the brilliance and rigor of a master.

HANNE ØRSTAVIK, one of the most admired and prominent writers in contemporary Norwegian fiction, published her first novel Cut in 1994. Ørstavik has written a number of acclaimed novels that have been translated into more than 16 languages. She has been awarded a host of literary prizes, including the Dobloug Prize, presented annually for Swedish and Norwegian fiction by the Swedish Academy. The English translation of Love was a finalist for a National Book Award. Ørstavik’s novel Te Amo is forthcoming with Archipelago Books.

MARTIN AITKEN has translated numerous novels from Danish and Norwegian, including works by Karl Ove Knausgaard, Peter Høeg, Helle Helle, and Kim Leine. In 2012, he was awarded the American-Scandinavian Foundation’s Nadia Christensen Translation Prize. The National Book Foundation wrote of his translation of Love, “The aerial beauty of Martin Aitken’s translation contributes to make the novel a successful rarity.” His translation won the PEN Translation Prize.