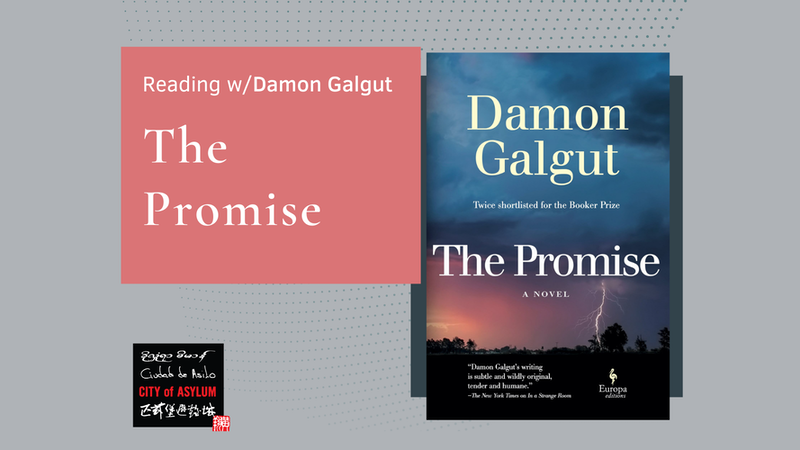 This is a virtual-only event streamed via City of Asylum @ Home.

Damon Galgut joins us live from his home in Pretoria, South Africa to discuss his new novel The Promise, winner of the 2021 Man Booker Prize.

The Promise is a modern family saga centering the Swarts family, white descendants of Dutch settlers, during the aftermath of apartheid in South Africa. Estranged Swarts siblings are reunited by four funerals over three decades. The novel offers moving insights into generational divides, meditates on what makes a fulfilling life—and how to process death, all situated against a political background of modern day South Africa.

The novel is written with sharp prose and is bleakly funny. As the New York Times reviewer describes it: “simply, it’s a must read.” Moderated by Anuk Arudpragasam (author of the 2021 Booker shortlisted novel “A Passage North”).