There are many writers currently creating canon-defying literature inside Cuba. With this in mind, Sampsonia Way asked its Havana based Cuban columnist and correspondent Orlando Luis Pardo Lazo to compile a collection of short stories from writers who are creating new trends in Cuban Literature.

For this anthology, Pardo Lazo decided to focus on writers of Generacion Ano Cero (Generation Year Zero), a movement of writers who began publishing in 2000. He selected 16 short stories from 16 writers and chose to illustrate them with works by the Cuban visual artists Danilo Maldonoado, El Sexto, and Luis Trapaga.

“Cubans no longer speak the same language. The rhetoric of monolithic thought has contaminated words, which do not have the same meaning for the elite as they do on the streets. Today, the alternative cultural scene stands out against such manipulation and against all nationalistic fictions on the island. In Generation Zero, sarcasm, deterritorialization, transvestism, fragmentation, colloquialism, hybridization, adventure and imagination are redesigning Cuban identity, recovering their power of subversion and resignifying Utopia.”
– Paulo Antonio Paranagua, Le Monde (France)

“This compilation of short stories might well say more about Cuba’s reality than most news reports. Some of the island’s best emerging writers reach outside Cuba through their work—even as we look in—sometimes with depth, sometimes with irreverence, but always with great punch.”
– Juan O. Tamayo, El Nuevo Herald (USA)

“Although some may believe it’s not true, freedom of expression is never completely undermined. This has been demonstrated by this brilliant group of Cuban authors: with their stories they prove that the days of the Communist Inquisition on the island are about to end.”
– Jose Maria Ballester Esquivias, La Gaceta Intereconomia (Spain) 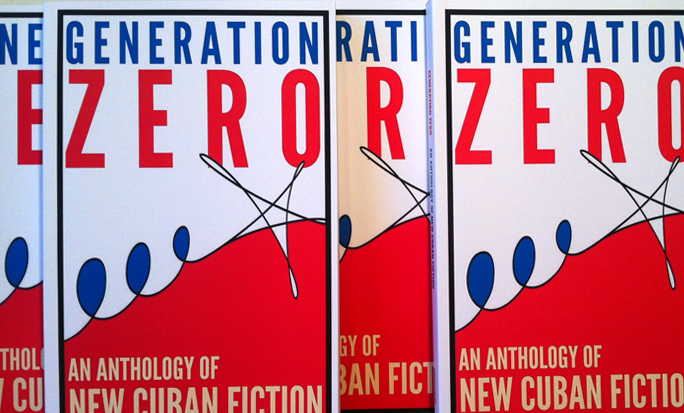