Khet Mar wrote Night Birds, her second short novel, in 1993. The reader might be surprised to know that this piece was banned. At first glance, it is simply the story of two teenagers, oppressed by family members and confined to two tiny apartments, They can talk only through their windows. However, the Press Scrutiny and Registration Division of the Ministry of Information—the Burmese government’s censorship department—understood that the story was a metaphor. As Khet Mar recognizes, the story was “a fictional way to express what happened to me in jail.”

Since the age of 19, Khet Mar has been persecuted by the Burmese government enduring arrests, torture, incarcerations, and threats to her life. She fought back through her writing, political activism, and social work, until she was forced to flee the country in 2009.

Her novel Night Birds was banned in 1993, her nonfiction piece Life on Death Row, was black listed in 2007. The same year, the government censored several paragraphs of Night Flow, highlighted in this book.

“Khet Mar is one of Myanmar’s most active literary voices.”
– The University of Iowa’s International Writing Program

“Khet Mar’s inspiring odyssey is heartbreaking and monumental, from being locked up in a Burmese prison for her revolutionary writing, to her harrowing escape and subsequent relocation to City of Asylum in Pittsburgh….”
– David Henry Sterry, The Huffington Post 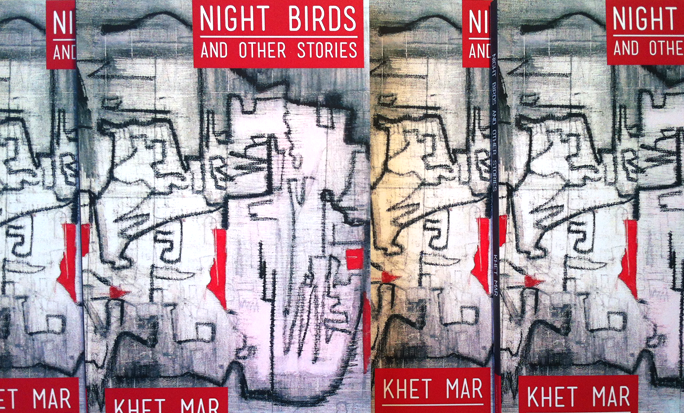