Huang Xiang is considered the pre-eminent poet of post-Cultural Revolution China. His work was banned for most of his life, and it didn’t gain recognition until the beginning of this century, with the publication in New York, Hong Kong, and Taiwan of his poetry anthologies. The English translation of A Lifetime is a Promise to Keep: Poems of Huang Xiang was commissioned by City of Asylum and published by the University of California Press in 2008.

The Thunder of Deep Thought is the second volume of Huang Xiang’s House of the Sun Notebooks. This collection includes the first publication of the author’s poetics, literary theory, and poetic philosophy.

“It is not true that the enormous economic development and opening to the world markets of China is also synonymous with progress on the front of democracy. The most elementary civil rights, above all the freedom of expression, are trampled upon and fiercely persecuted by the Chinese government. This is confirmed by the story of poet Huang Xiang, exiled from China, among the five finalists for the Nobel Prize in Literature.”
– La Nuova di Venezia

“A poet on fire, a human torch who burns as a lamp of freedom and enlightenment.”
– Roger Garside, author of Coming Alive: China After Mao 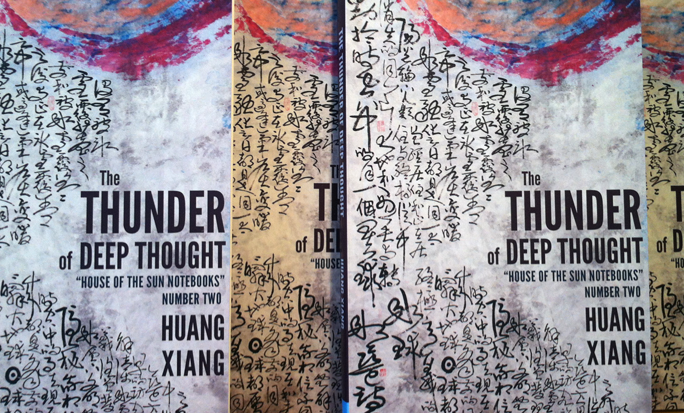