Amira Al-Sharif is an independent photojournalist from Yemen who has dedicated her career to documenting the lives and fortitude of women. In her photos, she finds beauty where others see pain. Through her photographs, she invites her viewers into a world of beauty and emotional complexity. With her thoughtful attention to detail, she is able to capture the unique essence of what it is to be alive.

Her work has been featured in the Guardian, The Washington Post, and National Geographic. Al-Sharif has studied at the International Center of Photography in New York City and is currently an ICORN resident in Paris at the Cité Internationale des Arts where she is in her third year of art school.

Last month, Sampsonia Way met with Al-Sharif over Zoom to talk about her artistic process and vision. During the call, she spoke about the women from Yemen who she has photographed and how they have helped her grow, not only as a photographer, but as a human. She describes her love for Sadiya, a woman from the Yemeni island of Socotra, who she photographs as a part of a series called “A Love Song to Socotra Island.”  Pictured below are excerpts from this project, for which Al-Sharif spent two years capturing how Sadiya blazed her way through life in a conservative, male-dominated society.

The School of Life

I love your question. In fact, this is so important for me. I have been working on a new project, which I’ve tentatively called “War Through Women’s Perspective.” In this book, I’m sharing the wisdom from women that I have been learning through my life as a photographer.

Much of your work like “Yemeni Women With Fighting Spirit” has been a love letter to the women of Yemen and their strength. What does it mean to have a fighting spirit? How do you interpret that?

Not to give up your dreams, simply.

Do you think growing up surrounded by Yemeni women has taught you to have a fighting spirit and to hold on to your dreams?

Yeah, definitely. Definitely. And this is what makes me who I am now. It’s all because of those women I grew up watching and being inspired by. I used to photograph a lot of illiterate women. I love those women. I can consider them as my role models of life. It’s like they’re my teachers in the school of life who teach me things that no school would teach me.

When I photographed Sadiya for “A Love Song to Socotra Island” I was supposed to be with her for one year. But I stayed there for two years because when I was with her, she was not only a subject that I followed, it was a school for me. She was a woman who pushed me to be courageous, brave, fearless. And definitely she was the one who defended the work, to keep going for two years.

She’s a magical woman. With her, I was blooming every day. I don’t know how to explain it to you. But being with Sadiya taught me human values, connection, trust, because she trusted me when she had no idea who I was.

Wow! That’s amazing. So Sadiya fundamentally changed the way you see your photography or your art.

Exactly! Of course! The series with Sadiya is my best work in the last 17 years. She danced with me mentally, even though she had never met someone like me before. Being with Sadiya makes me connected with me. And, of course, it makes my world much better.

The Dance of Photography

I know that many photos of Yemen focus on pain, while yours are focused on beauty. So I’m wondering when and why did you make the decision to focus on beauty?

How does it affect my work? It makes me think about things that matter. I noticed that everybody was reporting bloody images from Yemen, but not the other part of Yemen. I feel a responsibility to show the part that nobody was really showing. And that was what was absent from the Western media.

You’ve also talked a lot about wanting to capture the enduring spirit of Yemen. And I think you’ve definitely done that successfully, because your pictures are just full of life and emotion. How do you capture so much emotion in one frame?

So basically, before I start working, it takes me honestly — and it’s different from one photographer to another — it takes me like nine days to just talk with the person, and then later I get to develop a sense of their spirit. And then the moment I feel I know this person, I start trying to know how to frame it. And in fact, it helps me a lot with the women I’m photographing, because it’s a joint work. Like, I’m not the one who makes it. Honestly, it’s me and them and both of us trying to show their spirits.

I have a project called “Ambassadors of Yemen.” After photographing all those characters, I would sit with them and I would select 50 photos, and then tell them, “just tell me which photos you see yourself in.” And honestly, I think everybody is more capable of knowing where they can see themself — better than the photographer can.

I remember with Aunty Sadiya, if you see the series, “A love Song to Socotra,” you’re going to  see a photo where it appears as if the fire is going into her face. In fact, it was just layered. For me, I would not have selected that photo because everybody thinks the fire is burning her face. When she saw the photo, she was like, “This! I like this one!” She said, “They burned my beauty.” Because Aunty Sadiya, she was attacked by nine tribes who wanted to take her land. They attacked her and they cut her. And we did a photo of the scar, but she never was comfortable to show it for media. But that photo with the fire, it was her artistic way to say “they burned my beauty.” Yeah, so it was not me. It was them because they also have some imagination of the way they want people to see them. So we both work, and it’s more like dancing with them.

Do you think it takes a while to build up this trust with the people you’re photographing?

It depends on you. The reason my work keeps going in Yemen is because I respected all the roles of my society, of the women, of everything. I respected everything. I deleted so much work. Imagine I’m working and somebody next to me is deleting. But that is not bad, because that brings more work. Because they know you’re not taking advantage of them, you respect them, and you want to show them the way they see themselves. So by the end of the day, you are just their mirrors, and what you do is just a reflection of who they are. And in fact, it is also a reflection of who you are.

How do you think your style has changed since you started photography?

I started when I was eight years old, and my style changed. My style, it’s more of working with wind. I think my style… I’m with light. With wind. I love water. My photos are more like emotions or dreams. In my photos, I’m looking to show those women’s dreams, hopes, the parts of themselves they would not show to anybody, parts of themselves they would show only to someone  that they really trust. And that takes some time until they break the fear of the camera and they have no more awareness of the camera or posing or anything.  It takes time. Like with Aunty Sadiya, I photographed thousands and thousands of pictures of her, and then the world sees only 29.

Where do you see your work going in the future?

I want to be a filmmaker. I want to go back to Yemen and to do the same thing but in videos. I’m more interested in all the ways that could express your work in a much better way, like sound text, definitely text, captions, anything. Anything, because it could turn into beautiful work later. 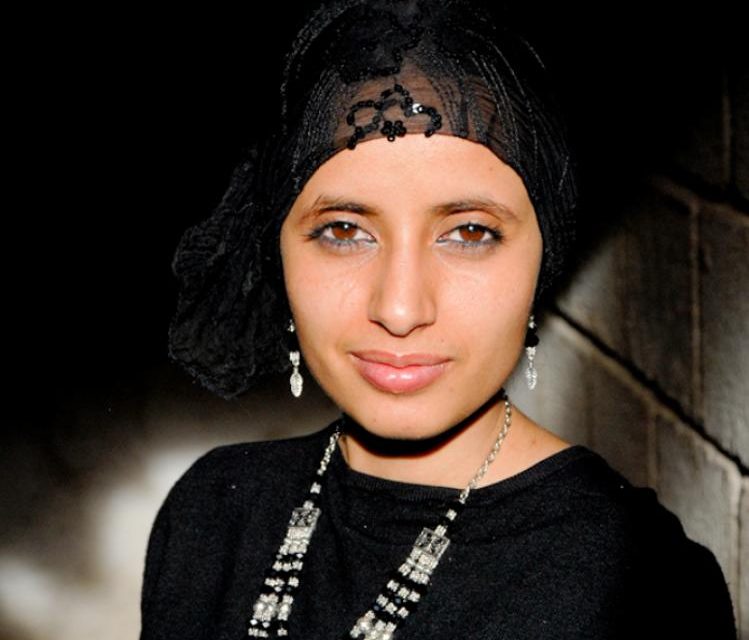