Flowers for the Wretched
Written by Briana Austin
Published June 11, 2020

This poem was written in response to the killings of unarmed African Americans, including Ahmaud Arbery, Breonna Taylor, and George Floyd.

Flowers for the Wretched

Lady Liberty
your huddled masses have arrived
and we can’t breathe.
Lady Liberty
You need glasses
to see that the shackles around your ankle
are still strangling us.
You need to say something
because your lips have been silent
for generations.

I tried making a deal with God
to exchange the experience
between you and me.
You say you don’t want to hurt me.
But feel the brute force
of slave patrols becoming Dirty Harry
chasing after thugs instead of punks,
of Cointelpro labeling a Black Panther
a terrorist instead of an American hero,
of people calculating your intelligence based on your twang
yet praising Mark Twain for writing the same slang.
When you inherit the torture
of a whipped Peter
in your skin,
then we will both matter.

So, I’m taking Lady Liberty’s torch and
setting this bitch ablaze
to make my own golden door.
So, I pour out a little kerosene
start the fire
give warmth to our bodies
buried in the streets
because America never forgets
to keep us nameless.

I expect to die,
but I will sing
even with night terrors and fear lurking.
My voice will rise like light and
adore the wretched with victory
of a better world.

When I go to heaven,
I want my forty acres,
and I hope it grows flowers
for the family tree
I will never know.

“your huddled masses”: In Emma Lazarus’s poem “The New Colossus,” she not only evokes the image of “huddled masses” but also uses the phrases “lips have been silent,” and “breathe free.”

“Lady Liberty / You need glasses”: In “Lady Liberty Needs Glasses,” Tupac Shakur rebukes Lady Liberty and Mrs. Justice, saying, “If anyone really valued life / And cared about the masses / They’d take ’em both 2 Pen Optical/ And get 2 pairs of glasses.”

“the shackles around your ankle”: The Statue of Liberty has a broken shackleon her right foot to commemorate the abolition of slavery in the United States.

“[make] a deal with God” and “exchange the experience”: Lyrics from “Running Up That Hill” by Kate Bush.

“slave patrols becoming Dirty Harry”: During the times of slavery, slave patrols apprehended runaway slaves and terrorized them into compliance with the law. They are seen by many as the foundation to modern American policing. Dirty Harry is a 1971 film where the titular character plays a prototype for the ruthless cop who takes the law into his own hands. The character is also regarded as one of the greatest movie heroes of all time.

“chasing after thugs instead of punks”: Another reference to Dirty Harry in which the titular character says, “You’ve got to ask yourself one question: ‘Do I feel lucky?’ Well, do ya, punk?” The term “thug” is racially connoted with young black men from urban cities who commit crime.

“Cointelpro labeling a Black Panther / a terrorist”: COINTELPRO (Counter Intelligence Program) was a series of covert operations conducted by the Federal Bureau of Investigations (FBI), which targeted many individuals and groups such as the Black Panther Party. In 1969, J. Edgar Hoover, the director of the FBI, called the Black Panther Party “the greatest threat to internal security of the country.”

“… twang … praising Mark Twain for writing the same slang”: “Twang” is a colloquial term referring to accents from the southern United States. An American Southern accent is often associated with lack of intelligence. Mark Twain’s most famous work, Adventures of Huckleberry Finn, was written in Southern and African American vernacular and is considered one of the great American novels.

“of a whipped Peter / in your skin”: In reference to a notorious photograph of an escaped slave named Gordon, commonly titled “Whipped Peter.” The camera focuses on disturbing images of Gordon’s scarred back. The photograph was circulated during the American Civil War to show Northerners the brutality of slavery.

“pour out a little kerosene”: A libation is the ritual of pouring a liquid on the ground as an offering to a deity or in memory of the dead. In the United States, libations are associated with hip-hop culture (e.g., “pour one out for the homies”). The line is in reference to the song “Pour Out a Little Liquor” by Tupac Shakur.

“golden door”: Another reference to the poem “The New Colossus” by Emma Lazarus.

“I expect to die”: A reference to a famous quote from Huey P. Newton’s 1973 autobiography, Revolutionary Suicide. Newton was the co-founder and leader of the Black Panther Party. With the original quote, Newton explains how death is inevitable as a radical black activist, but it may be necessary for racial equality and justice.

“adore the wretched with victory / of a better world”: A revision of Psalm 149:4 from the Bible. Depending on which version, the verse says “the meek” or “the humble” belong to God. In return, God loves them and will save them from sin. The “meek” are usually those who aren’t in power, yet are blessed by God. On the other hand, the “wretched” are seen as powerless but destined to stay in a bad place. Newton uses “the wretched” to explain the importance of revolutionary suicide. Newton was likely inspired by Frantz Fanon’s 1961 book The Wretched of the Earth. Fanon’s book analyzed the dehumanizing effects of colonization on black Africans.

“I want my forty acres”: Calls to the phrase “forty acres and a mule.” After the end of the American Civil War, Union General William T. Sherman and Secretary of War Edwin M. Stanton met with black ministers in Savannah, GA to formulate a plan for land redistribution. The product of the meeting was Special Field Order No.15, which gave freed slaves 40 acres of land. Later, Sherman said the army could lend mules to newly freed slaves. President Andrew Johnson overturned the Order later that fall. 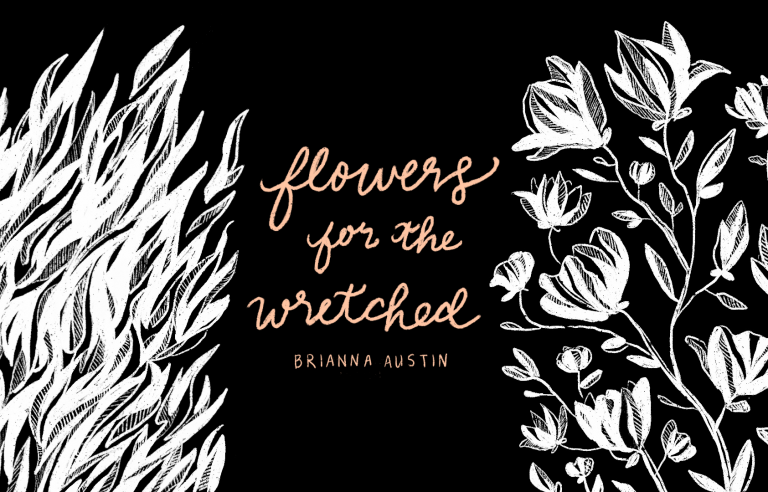