Osama Alomar has been a writer-in-residence at City of Asylum for the past two years, and recently departed Pittsburgh in January. Hailing from Damascus, Syria, Alomar is a prominent Arabic poet and writer of the al-qisa al-qasira jiddan, or “the very short story.” You can find his collections Fullblood Arabian and The Teeth of the Comb & Other Stories in English, and more of his work in publications such as the Newyorker.com, Conjunctions.com, Electric Literature, and The Literary Review. He is currently working on two projects — his first full-length novel about the Syrian War and experiences of exile, and a book of meditations about various topics such as democracy, dictatorship, brotherhood, hate, and love. A few weeks before his departure, we sat down with him for part of our Memories of Exile series. During this conversation, Alomar spoke with us about his favorite memories from Syria & City of Asylum and about writing in the United States.

What’s your favorite memory of City of Asylum?

Ah, there are many memories — cultural events, readings, meeting new people. The staff at City of Asylum is really wonderful. They’ve provided me — not only me, all writers — with everything. They do their best to give us the feeling that we are at home, and it’s very important for any writer, any artist, to feel that.

What surprised you most about America, and then Pittsburgh?

Early on, I noticed when we’re driving and the ambulance comes, we have to pull over. It was not very surprising, but then when I thought about it, it’s very important because nobody does that in Syria! I think this is related to human rights, too. Human lives, people’s lives. It means they care about humans, their lives.

How has writing in Pittsburgh been different from writing in Chicago or Syria?

It’s 100 percent different from my writing process in Chicago, because when I was in Chicago I was driving a cab. I was working seven days a week for 10, 11, sometimes 13 hours a day, so I almost couldn’t find a chance to write or read.

However, in my last seven years in Syria, I was a full-time writer. I was writing every day, always doing readings and attending others’, publishing my work. So the most miserable period of my life was in Chicago. Then, when I applied to City of Asylum and after I was accepted, I felt as if I went back to myself as a writer, to my soul as a writer.

When I wrote in Syria, I published my books in Lebanon to avoid censorship. But from the very beginning I used metaphors in my writing. So when you read one of my stories, you will feel it can take more than one interpretation. Results may vary between one person and another, so if someone from the government asked me, “Do you mean that?” I could say “No, I don’t mean that” — but I’d mean it!

I could save myself this way. Through metaphors — animal stories, objects, conversations between two walls, two chairs — so that was a good way to avoid censorship. In America, I feel I have become much more daring. In the past, I used metaphors — now I feel I have to get to the point right away, without any fear, without avoiding the idea itself. My heart has become much braver than before.

What is something that has defined your experience in America and City of Asylum?

Tolerance. Tolerance is very important. I can feel it here every day. And the same thing at City of Asylum — freedom of expression, defending writers who were persecuted in their countries, providing them with sanctuary here, a place to live, peace of mind, protection.

And respect for human dignity. It’s very important for everyone, not only for writers. Everybody anywhere, anytime. I came from a dictatorship, so I can feel it very deeply. You cannot say anything in Syria. Sometimes you feel you cannot say anything inside your house. People used to say, “Walls have ears, so don’t say anything even inside your house — the walls can hear you, too.” So when I came here, I noticed that people can say whatever they want. They should respect laws, of course, but at the same time they can express their feelings, their ideas, freely without fear.

How did it feel to have your first book published, and realizing there are other people reading your words?

When I published my first book, I was thirty at the time. I published it in Lebanon. I remember I cried when I got my first copy. I felt as if it was my first baby! And I was surprised. I got rave reviews, especially in Lebanon and Egypt, so I got great encouragement to keep working and keep writing.

Here in America, I got even more encouragement, and I was surprised then, too. I needed to answer questions in English, everything in English. That was in the PEN America Center, in 2014. People encouraged me a lot when they felt I was confused about the English. They encouraged me, as if nothing happened. So since that day, I’ve been talking a lot!

What memories do you return to about Syria and your family?

You’re working on a new novel, partly about the Syrian War and partly about exile. How has your own experience influenced it?

I left Syria three years before the revolution started, so I was not an eye-witness. But I’ve gotten information from my friends, some who have stayed there, and from books about Syria. From the internet, from relatives, and from my imagination, too. But everything I’m writing is based on true stories. It’s not easy to write, not easy at all, because I’ve never been arrested. Never been tortured, luckily. But I feel I need to follow my conscience toward the Syrian people. I need to write something about this disaster.

So we’ve talked a lot about memory and writing in the past — how do you think about writing and the future? 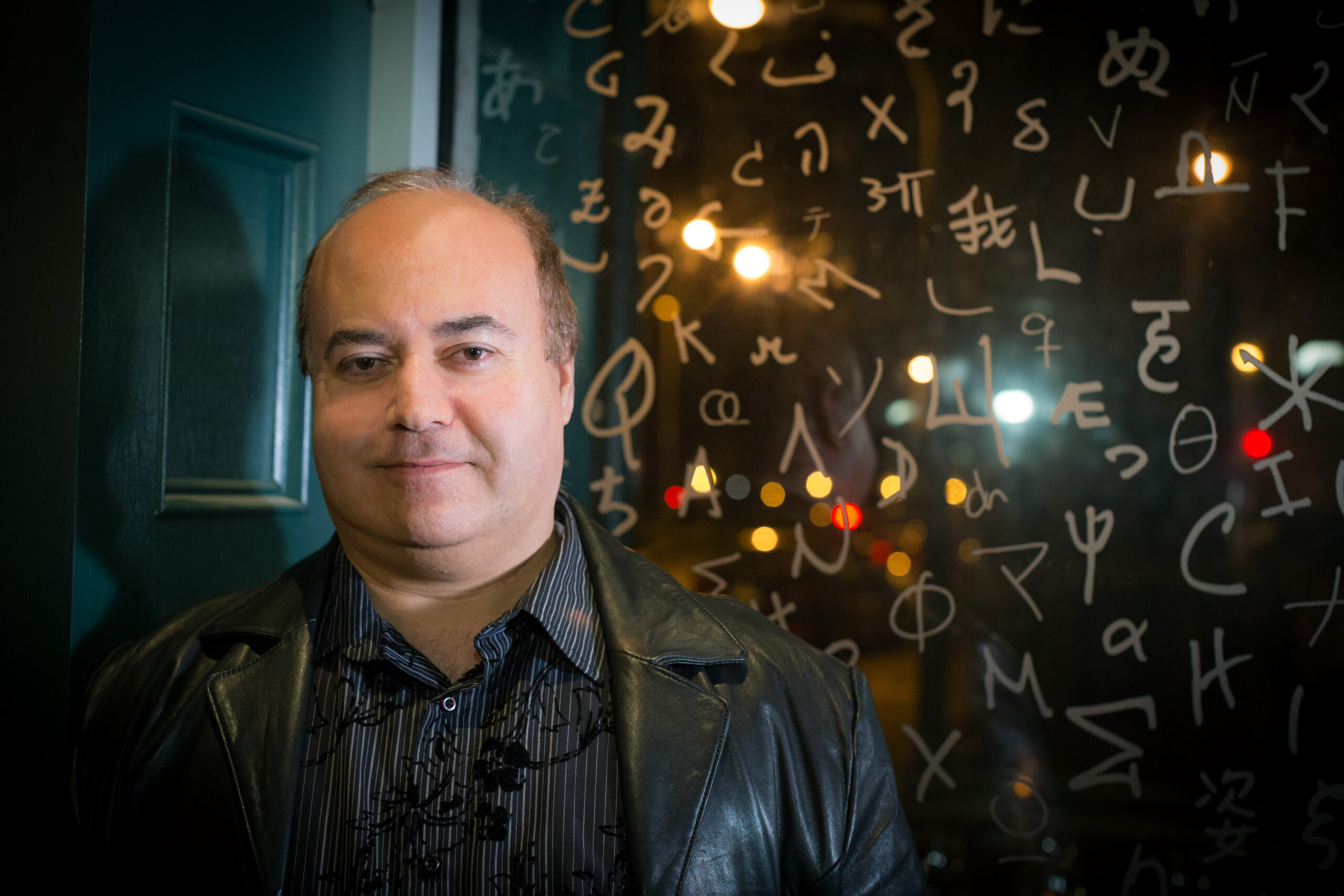