On Bryan Fogel’s “The Dissident”: To Find Justice for Jamal Khashoggi, More Must Be Done
Written by Delilah Bourque
Published April 1, 2021

In the months following the mysterious disappearance of Saudi-Arabian journalist Jamal Khashoggi from the Saudi consulate in Istanbul in October 2018, Khashoggi’s colleagues at the Washington Post ran full-page ads that asked the question: “Where is Jamal?”

Around the same time, The National Inquirer leaked sexually explicit texts by Amazon CEO and owner of the Washington Post, Jeff Bezos, to his mistress, embroiling Bezos in a seemingly unrelated scandal. If we’re to believe the claims laid out in Bryan Fogel’s 2020 film “The Dissident,” Saudi Crown Prince Muhammad bin Salman — known as MBS — leaked Bezos’ infidelity to the press in retaliation when Bezos refused to silence Washington Post journalists’ questions about their missing, and later murdered, colleague.

Now that the public knows what happened to Jamal — whose brutal murder by Saudi nationals within the consulate was caught on tape by the Turkish government — the search for justice and accountability has begun. The way in which Fogel portrays the complex constellations of power —  from the press corps to the Saudi crown to the White House —  reveals a clear story of how murky the issues of free speech and dissent can be. Though the events surrounding Khashoggi’s death are complicated, Fogel makes one thing definite: more must be done.

While an investigation by The Wall Street Journal has cast doubt on whether it was truly MBS who leaked the data to the tabloids, there is a well-documented trail of allegations of hacking and interference by the Saudi crown prince. Most convincingly, the United Nations concluded it was MBS himself who sent a malware called Pegasus to Bezos via WhatsApp. The hack effectively gave the regime copies of every text, photo, password, and even the GPS location of the Amazon CEO’s personal phone.

The regime did the exact same to Khashoggi, leading to the discovery of the information that would prompt his brutal 2018 assassination inside the Saudi consolate. There is no question as to whether or not Crown Prince Salman ordered Khashoggi killed, at least according to a report released by the CIA on Feb. 11 of this year, a report which, as “The Dissident” mentions, is corroborated by a United Nations investigation. The Turkish government, which bugged the consulate prior to Khashoggi’s murder, reached a similar conclusion. The only question left is whether or not President Joe Biden will take action against the Kingdom of Saudi Arabia or Muhammad bin Salman himself.

Just over a month ago, Biden announced he would not impose sanctions against the Kingdom or MBS himself, though he has already imposed some on members of the Royal Guard involved in the killing. Much like his predecessor President Donald Trump, who vetoed a bill during the summer of 2019 to block arms sales to Saudi Arabia that was widely believed to be in response to Khashoggi’s murder, Biden is sending a message to the crown prince and the country itself that extrajudicial slaughtering of dissidents will go unpunished.

This decision contradicts Biden’s 2020 campaign promises. In a Democratic Party debate in 2019, Biden vowed to punish Saudi leaders for Khashoggi’s death when Trump failed to do so. Though the Biden administration has, thus far, done more than Trump’s, both the CIA and United Nations reports conclude that the crown prince himself ordered Khashoggi’s murder, and the sanctions imposed failed to even mention MBS’ more than likely involvement.

With the ongoing fallout and multiple organizations calling for a stronger response from the U.S. government — including the filmmakers themselves — the story of Fogel’s film reveals that Khashoggi was but one dissident voice in a wave of opposition. While Khashoggi faced no small amount of censorship by the Saudi government before his self-imposed exile in 2017, the documentary alleges that his partnership with fellow Saudi national and vlogger Omar Abdulaziz propelled Khashoggi to dissident status and prompted MBS to order Khashoggi’s assassination.

Abdulaziz, who is extensively interviewed in the film, and Khashoggi partnered to organize counter-attacks on state-sanctioned Twitter mobs orchestrated by the Saudi government in 2018. Eighty percent of Saudi Arabians use Twitter, and dissident voices such as Khashoggi and Abdulaziz gain followings in the millions on the platform, prompting the kingdom to fund a veritable army of accounts to promote pro-government ideas and hashtags.

Since then, Abdulaziz has lived as a permanent resident of Canada after applying for asylum. The Saudi Arabian government imprisoned both of Abdulaziz’s younger brothers and many of his friends in an attempt to coerce him into returning to the Kingdom and cease his popular Youtube web show criticizing the Saudi government. Following Khashoggi’s murder, Abdulaziz said when interviewed that he feared he would be the next dissident killed by the Kingdom.

This is why the Biden administration must take stronger action.The Saudi government alleges that the people responsible are imprisoned, though they refuse to say who they charged with Khashoggi’s murder or with what evidence. Multiple sources, including the United Nations and the CIA, determined that MBS himself directly ordered the assassination, and foreign governments, particularly the United States, are some of the few entities with the power to meaningfully stop future assassinations of Saudi dissidents. Khashoggi deserves justice and it is time for those who can deliver it to do so. 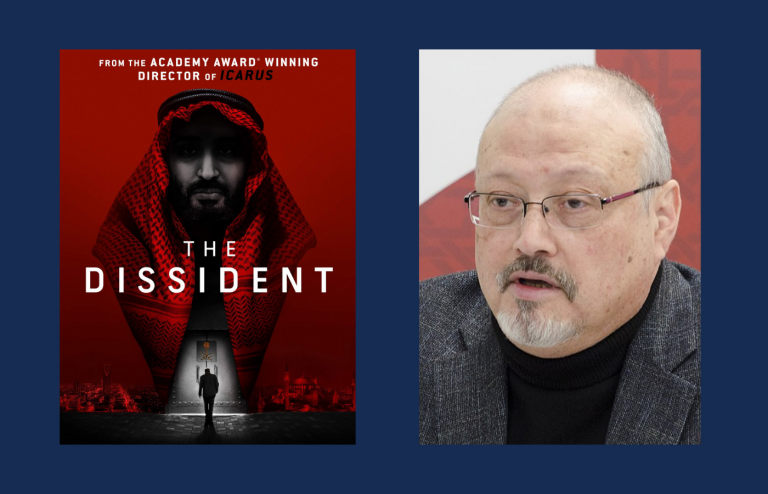