The eighty-year-old priest Mario waited alone for Marcus in the Windmill Church. It was the second month that the city had been shut down because of COVID, and all the churches were closed. Mario sighed loudly and looked out the window at Wigwam Street. Neither this street or the others had any traffic. The priest drew a cross over his heart and said to himself that he had known a heavenly calamity was coming for a long time, with all this decadence and profanity in the world — especially in this city, full of casinos and rented girls.

Everyone knew Marcus, a thirty-year-old who didn’t bother to hide his business. He was a hustler. He slept with everyone, and it was not clear why, starting three months before COVID, he came to church every Sunday. At first, Father Mario wished that someone would stop Marcus from coming to the Windmill Church, but then the priest repented. He asked Jesus Christ for forgiveness for this wish. Later, he got used to Marcus coming to the church. He would look out at the congregation, and Marcus would always be sitting in the front row on the right, far from the others.

Gradually, Mario got used to seeing Marcus every Sunday, and he started thinking: What if Marcus quit attending church? In his heart, he wanted to force Marcus to attend and confess. He wanted him to confess and give up everything one day. He was ready to do anything to demolish this fortress of sin.

The priest had never committed a sin in his life. He had never masturbated. When he was young, whenever he found himself in an excited state, he would take a cold shower, or take the plastic bag he had put in the freezer and place it between his legs.

At a young age, Mario moved from Madrid to Las Vegas to try to stop the accumulation of casinos. He had come to Sin City to fight like a warrior. He had not, of course, defeated the casinos, but he had built a church that attracted men and women of God. He had saved many of them from sin — prostitution, gambling, drug addiction — and he was sure that he would go straight to heaven after his death. And he was willing to do anything to save the lives of people like Marcus.

The feeling that the priest had when Marcus attended church was indescribable. Did God give me his last mission, he wondered? Can I make Marcus change his ways?

The priest remembered the last day the church was open before the pandemic. He preached about the innumerable sins of man and tried not to look where Marcus sat. When the service ended and the church had emptied, the priest saw Marcus standing in a corner. “How are you, my child?” the priest asked him.

Marcus answered with his bright-blue eyes, which seemed to be full of the sun’s rays. “Good, Father …” And then, after an extended silence, he said, “Can you accept a confession from someone like me?”

“Everyone is under the protection of God,” the priest responded.

“How many years have you been a priest, Father?”

“Twice as long as I have been alive,” Marcus said. Then he asked for the priest’s home phone number and, after receiving it, left without saying thanks or goodbye.

When Marcus left, the priest did not know how he felt. He had felt something strange in his presence, which made him take a cold shower.

Two months later, Marcus called the priest. He wanted to come to his house and confess. The priest said no; home is a place to live in, not confess in. But he was scheduled to go to the church at ten o’clock that morning, and he invited Marcus to join him there.

Now, the priest was in the church, waiting.

Even though the priest had come to church every Sunday during the pandemic to keep the lights of the house of God on, and even though he prayed alone to show that nobody — not even scientists — could shut down his sanctuary, the church still seemed to have been closed for at least ten years, dust particles rippling in the light from the window,.

The priest tried to remove the dust from the table and chairs where he and Marcus were to sit. He tried to remain calm, but he couldn’t. His heart was racing, and he kept looking at the door.

Marcus arrived on time. He walked straight to the priest, sat down, and stared at him without saying a word.

The priest broke the silence. “I’m listening,” he said.

Marcus started telling his story — the story of his childhood and young adulthood. A lot of things happened, he told the priest, and he did not feel ashamed about them. He liked and enjoyed having sex with people. But he wanted to repent, so that another calamity would not befall the city.

The priest became flushed. He put his hand on his mouth several times, as if he wanted to shout, but caught himself.

“Mario, my Father, of course, if you still keep your word,” Marcus said to the priest.

The priest responded in a low voice. “What word?”

“That you are doing everything to save me from this situation.”

“I do everything for the sake of Jesus Christ.”

“Father, I will give up all that you think is sinful.”

Marcus was silent for a moment, then said, “But on one condition.”

The priest cleared his throat. “Tell me, my child. I will do whatever it takes.”

Marcus stared into the priest’s eyes. “I will quit as long as you are the last person to sleep with me.”

This short story is part of our ongoing series exploring isolation, exile, and “The Everyday Pandemic.” Throughout this series it is our hope to capture the daily toll of life through the pandemic from the perspective of writers and artists who are familiar with the experience of isolation or exile. With this in mind we’ve collected stories, poems, nonfiction essays, and digital art from writers and artists from all walks of life and from all around the globe.

Moniro Ravanipour was born in Bushehr, Iran in 1952. She has had eight books published in Iran, and translations of some of her work have also appeared in the West. Her story, “Satan’s Stones” was selected for the groundbreaking anthology of Iranian literature, Strange Times, My Dear (Arcade, 2005). Among her novels in Farsi are The Drowned, Heart of Steel, and Gypsy by Fire. From 2007 to 2010, she was a writer-in-residence for City of Asylum Las Vegas. In late 2006, the Iranian government purged all copies of her current work from bookstores. “Satans Stone’s” was banned, and two of here other novels are currently under review by Iran’s Ministry of Culture and Islamic Guidance. For more work by Ravanipour, visit www.moniravanipor.com.

Izumi Miyazaki is a Pittsburgh/Japan based artist whose work is overwhelmingly figurative and often deals with their upbringing as a Japanese-American woman. She is most interested in acrylic and oil paintings, reimagining iconic works of art through her lens. 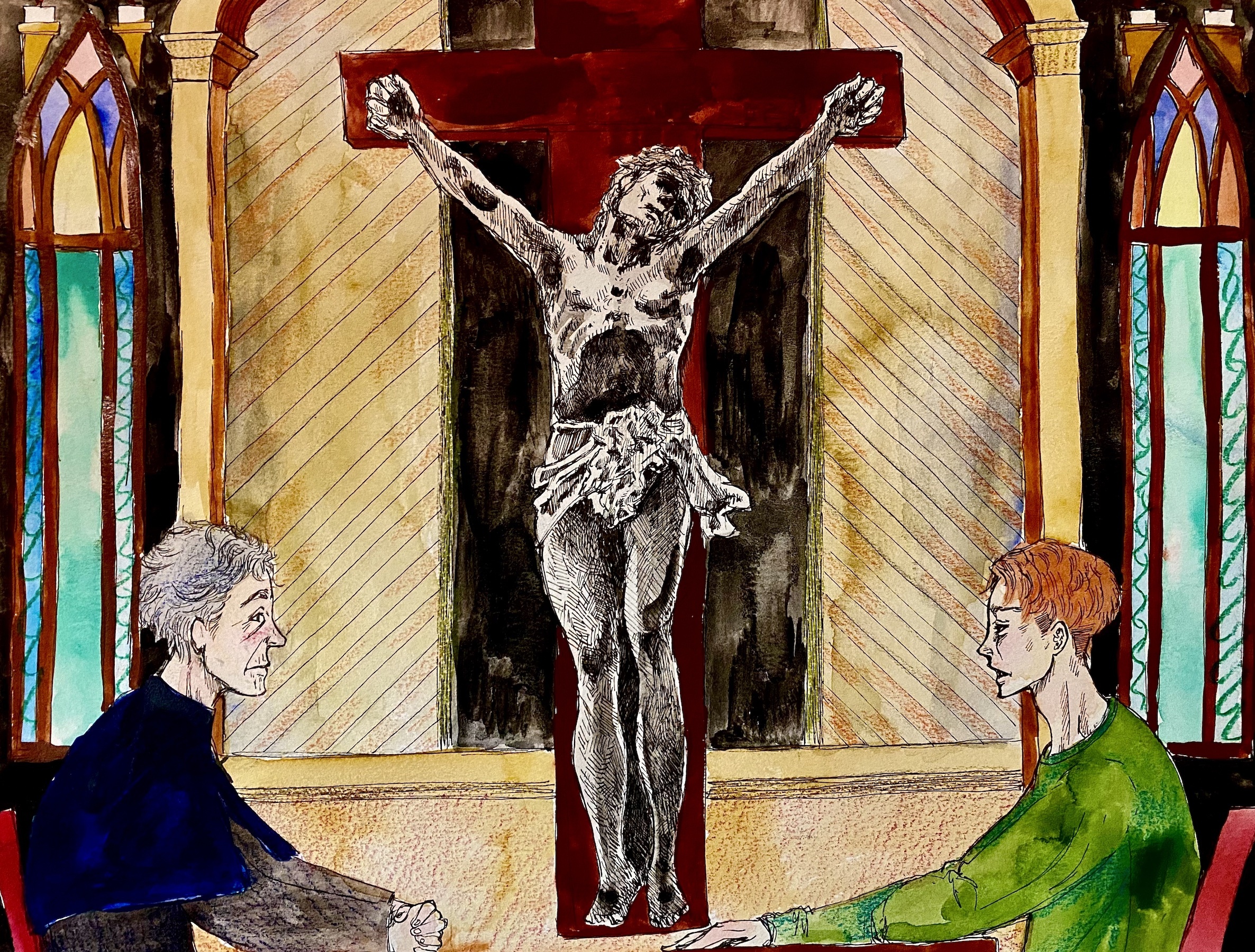