Home » Programs » International Reading Series: Author Aleksandar Hemon Celebrates The World and All That It Holds

International Reading Series: Author Aleksandar Hemon Celebrates The World and All That It Holds 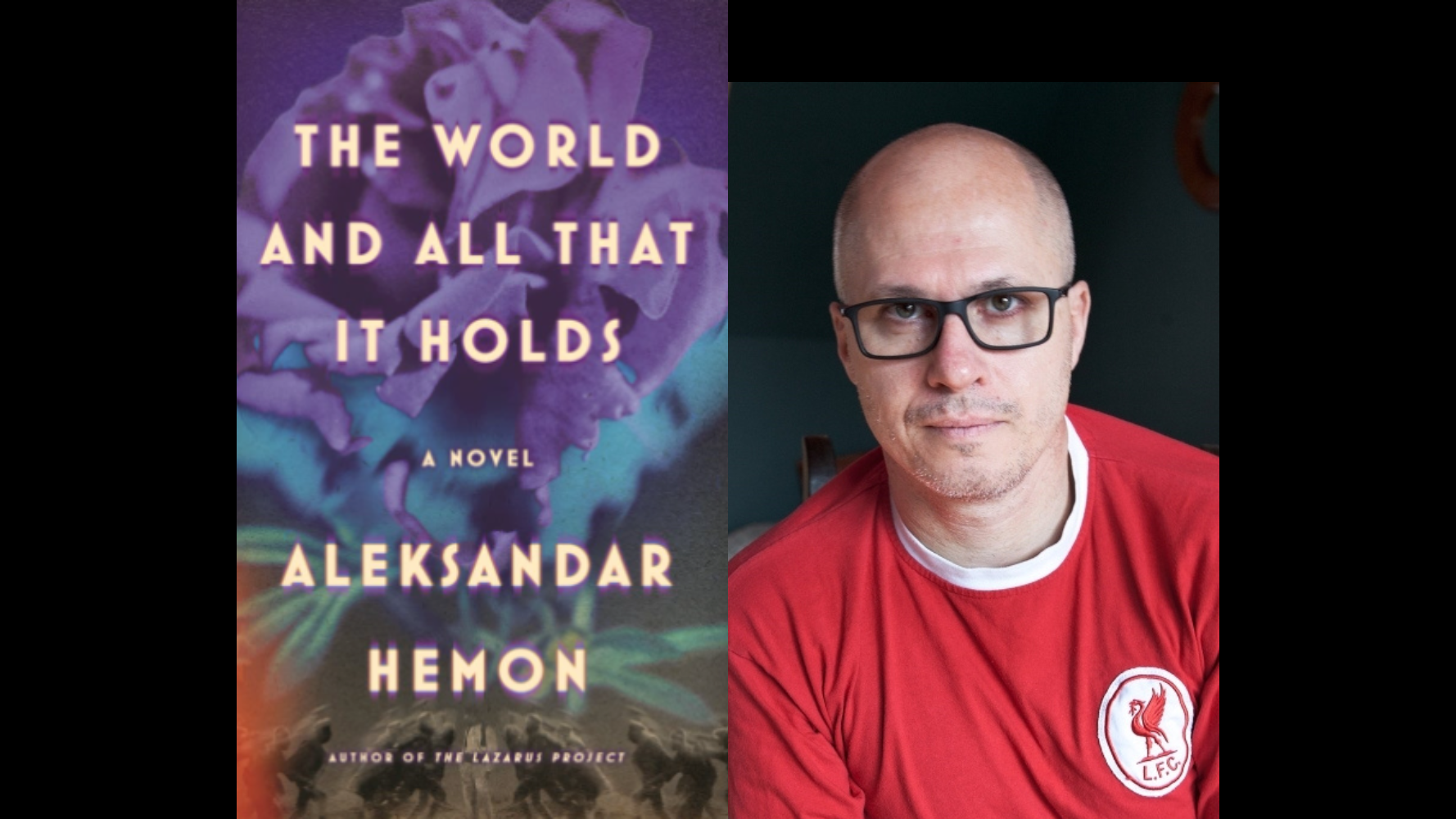 “Hemonites rejoice! The master is back and he has forged a remarkable tale of love and war alongside his own twentieth-century Silk Road. From Sarajevo to Shanghai, every sentence, every paragraph, is a sensuous and often hilarious delight. Not a Hemonite yet? I envy you your very first encounter with one of the world’s greatest writers.” – Gary Shteyngart, author of Our Country Friends

This program features a reading by Aleksandar, a conversation moderated by City of Asylum Advisory Board member Anderson Tepper, an audience Q&A, and a book signing. You can purchase your own copy of Aleksandar’s book, The World and All That It Holds, at City of Asylum Bookstore.

“Aleksandar Hemon has proven himself one of the most important writers of his generation, author of award-winning books such as Nowhere Man, The Lazarus Project, and The Book of My Lives—all written in a language he only adopted after the Bosnian War stranded him in the U.S., preventing him from returning home to Sarajevo in 1992. His new novel, The World and All That It Holds, promises to be a career-defining work on war, love, and memory in the 20th century.” – Anderson Tepper, City of Asylum Advisory Board Member & International Reading Series Curator

Anderson Tepper is co-chair of the International Committee at the Brooklyn Book Festival and is the host of a global author series with the Brooklyn Public Library. He has served on the advisory council of the PEN World Voices Festival and was guest curator of the Emergency World Voices Congress of Writers at the United Nations in May. Formerly of Vanity Fair, he writes on books and authors for a variety of publications, including The New York Times, The Los Angeles Times, and World Literature Today. Anderson Tepper serves on the City of Asylum Advisory Board.