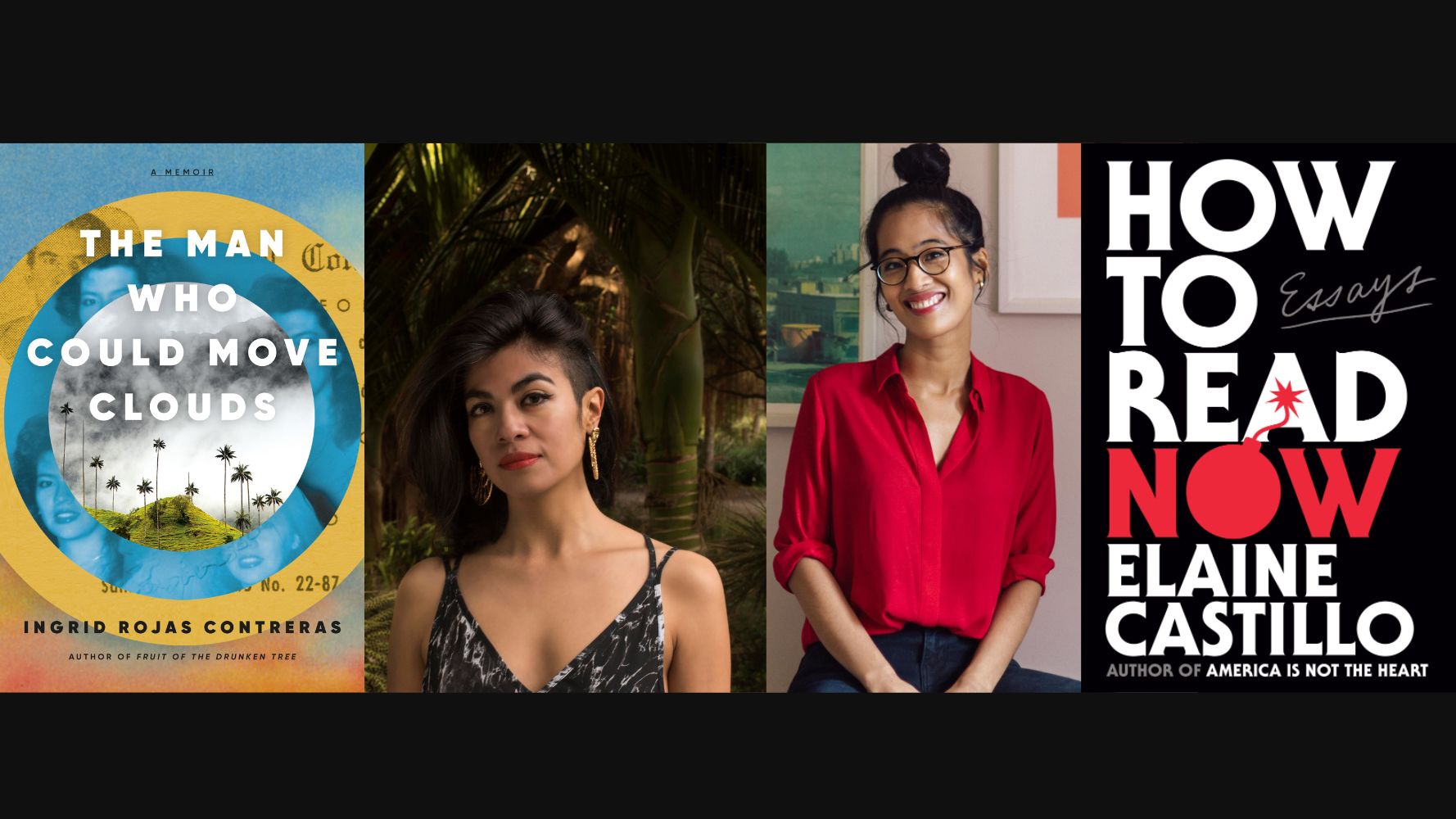 A grandfather who was said to move clouds with his mind…his daughter who lost her memory in a childhood accident and began to see and hear the dead…and his daugter’s daughter, Ingrid, who lost her memory in an accident at twenty-three and unlike her mother, returned with no supernatural gifts…  NY Times best selling author Ingrid Rojas Contreras dives into her own family history in her new memoir, The Man Who Could Move Clouds, and explores the meaning of inheritance, healing, and the power of story.

Joined in conversation by Elaine Castillo, whose new collection of essays, How to Read Now, delves into the politics and ethics of reading and insists that we are capable of something better: a more engaged relationship not just with our fiction and our art, but with our buried and entangled histories.

Elaine Castillo, named one of “30 of the Planet’s Most Exciting Young People” by the Financial Times, was born and raised in the Bay Area. Her debut novel, America is Not the Heart, was named a best book of 2018 by NPR, Real Simple, The Boston Globe, San Francisco Chronicle, The New York Post, Kirkus Reviews, and the New York Public Library.

Ingrid Rojas Contreras was born and raised in Bogotá, Colombia. Her debut novel, Fruit of the Drunken Tree, won the silver medal in First Fiction from the California Book Awards and was a New York Times editors’ choice. Her essays and short stories have appeared in The New York Times Magazine, The Cut, Zyzzyva, and more. She lives in California.

Grab a copy of the featured works at City of Asylum Bookstore: https://www.cityofasylumbooks.org/ingrid-rojas-contreras-and-elaine-castillo.